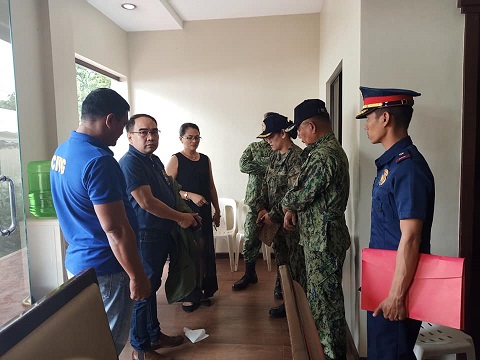 The Presidential Task Force on Media Security (PTFoMS) has officially declared the murder of Kidapawan anchorman Joel Dizon as “work-related.”

PTFoMS executive director Undersecretary Joel Sy Egco said in an interview with PressONE.ph that the killing of Dizon, who was on his way home after his anchoring duties at Brigada News FM Kidapawan, “was related to his work as a mediaman.”

Unidentified gunmen aboard motorbikes shot Dizon, who was driving his white sedan after he left the radio station. He suffered five bullet wounds and died on the spot.

Asked if Dizon’s hitting commentaries about investment scams proliferating in the city had something to do with the murder, Sy Egco said “[that is] one of the strong angles we’re looking at.”

Sy Egco went to Kidapawan to meet with the North Cotabato police director, Col. Maximo Layugan, and discuss with him the progress of the investigation. A Special Investigation Task Group will be formed to work on the speedy resolution of the case, Sy Egco said.

Egco said investigators were pursuing a “promising lead” and that the police had identified “persons of interest.”

He declined to comment further as case build-up was still in progress. “We are giving our police enough time to finish the investigation,” he said.

He said he would submit a report to the President and the co-chairmen of the PTFoMS: the secretaries of Justice and the Presidential Communications Operations Office.

The undersecretary was able to speak with the widow of Dizon who also believed that his husband’s murder was connected to his work. Sy Egco said Mrs. Dizon told him some quarters wanted to politicize the death of her husband. But she would not allow that to happen, he said.

City police chief Lt. Col. Maria Joyce Birrey said investigators had obtained three security videos that captured the shooting of Dizon.  She added that Dizon filed a police blotter prior to his death that could help police in their investigation.

The PTFoMS, an inter-agency body tasked to protect members of the press, was formed under President Rodrigo Duterte’s very first administrative order as president.