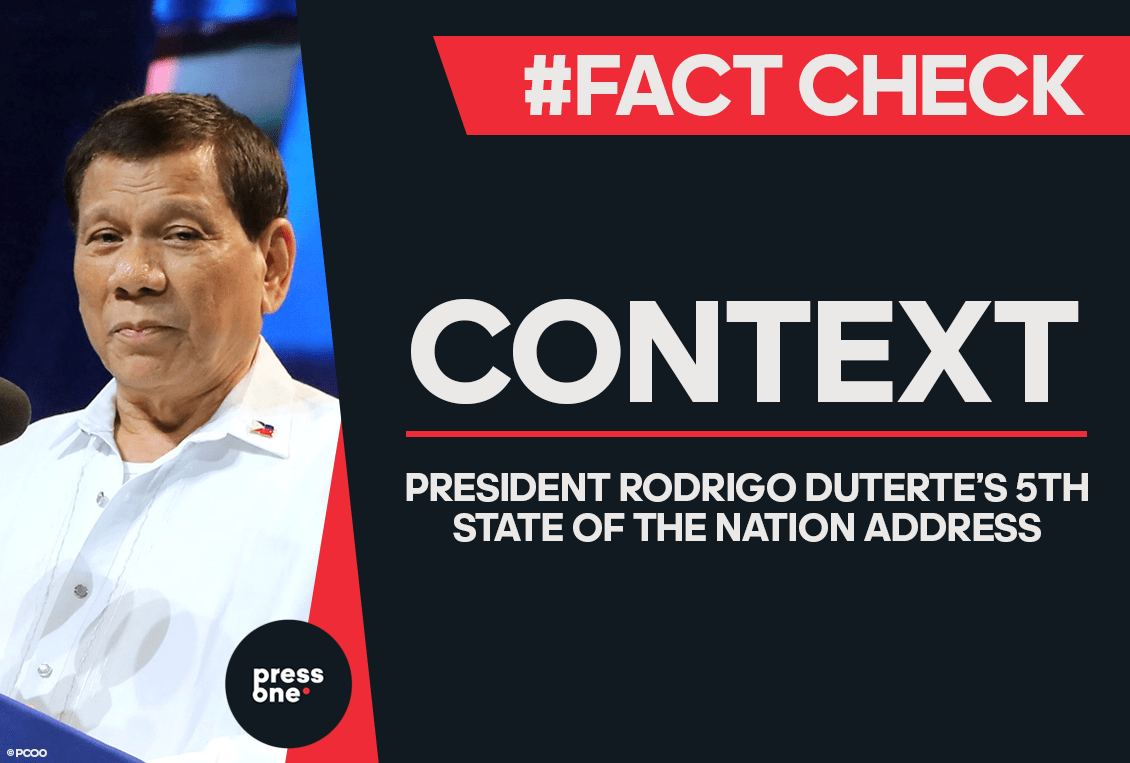 “In an interview, [Senator Franklin Drilon] arrogantly mentioned among others that oligarchs need not to be rich, then he linked the anti-dynasty system with oligarchy and the topic was my daughter and son. […] Great wealth enables economic elites and corporations to influence public policy to their advantage,” President Rodrigo Duterte said during his 5th State of the Nation Address.

According to news reports, Duterte’s daughter Sara Duterte-Carpio and son Sebastian “Baste” Duterte hold positions as Davao City’s mayor and vice mayor respectively, while his son Paolo Duterte is the Davao City 1st District Representative in the House of Representatives.