Why prevent seniors from going out during quarantine? – senators 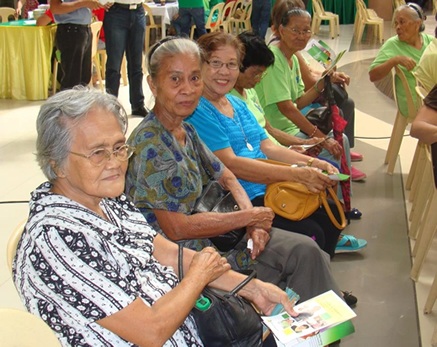 Senators question the Inter-Agency Task Force on Emerging Infectious Diseases’s (IATF) decision to ban senior citizens from leaving their homes even if restrictions have been relaxed under a general community quarantine (GCQ).

“Many senior citizens are far healthier and have stronger immune systems than their younger counterparts. To indiscriminately prohibit them from going out of their homes is not only arbitrary. It is downright insensitive,” Senator Panfilo Lacson said.

He added that age is no guarantee for people to have a stronger immune system.  The 72-year old senator shared how he can climb the Senate stairs far quicker than his staff some of whom are more than half his age.

“The Inter-Agency Task Force on Emerging Infectious Diseases may need to rethink this policy such that it does not impose unfair restrictions on seniors, especially those who are physically fit,” he added.

Senate Minority Leader Franklin Drilon said that if the IATF rule is strictly imposed, members of government who are already senior citizens need to stay home as well.

“If that rule is enforced, Senate President Sotto, Senators Gordon, Lacson, Lapid and myself cannot attend the senate sessions starting May 4,” he said.

Drilon added that President Rodrigo Duterte and other elderly Cabinet members like Health Secretary Francisco Duque III and Executive Secretary Salvador Meldialdea should also stay at home if the IATF policy is to be strictly enforced.

Senator Angara, meanwhile, said that irate seniors have complained to him after learning about the GCQ guidelines, particularly those who are still working.

“We understand that older adults have a higher risk of contracting severe diseases due to COVID-19 and we should ensure they are given the proper care and protection. But we should also address their basic needs during this critical period. Let us strike a balance between these two concerns,” he added.

“Many seniors are also living alone or separate from their families so prohibiting them from going out of their homes to buy essential goods such as food and medicine will lead to a lot of problems on their part,”he said.

Angara suggested that businesses should allow seniors to use their senior citizens cards to get discounts for their online transactions.

Malacañang has already clarified on Thursday that senior citizens will be allowed to leave their houses if they are going to buy essentials or seek government aid during the pandemic.

Trade and Industry Secretary Ramon Lopez clarified that seniors who are still working as employees, executives or business owners will be allowed to go to work during the GCQ.

Lopez said senior citizens the “IATF is not insisting that seniors are under house arrest or will be house arrest.”

“This is just an overall policy presented to us due to vulnerability of the age segment especially during the quarantine period,” he added.  (Rommel F. Lopez)