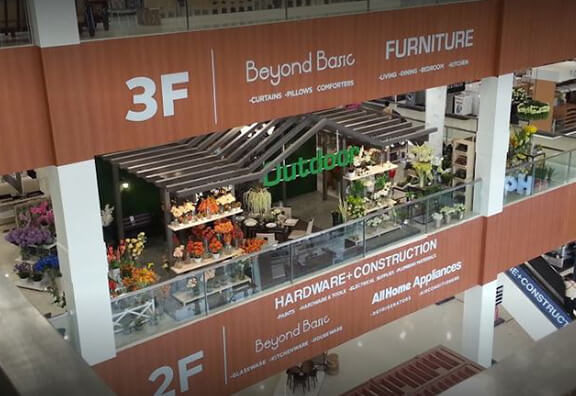 As of June 30, AllHome had a total of 25 stores in 20 cities and municipalities across the Philippines, with 19 stores in Mega Manila. (AllValue website)

Ex-presidential candidate Manuel Villar’s AllHome chain of home improvement stores has filed for an initial public offering (IPO) in October to raise some P20 billion and mount a challenge to retail giants led by SM and Robinsons.

AllHome, 100-percent owned by AllValue Holdings, the Villar Group’s retail arm, is eying to raise P11.46 billion from the sale of primary shares and P8.2 billion from secondary and option shares, at a price per share of up to P16.00.

AllHome said it won’t get proceeds from the sale of secondary and option shares, indicating a bonanza for the shareholders, the Villars.

The company will sell a total of 1.125 billion common shares, of which 750 million will be unissued or new shares.

The Villars will sell 375 million of their own shares, and have an option to sell 168.75 million more, which would earn them some P8.7 billion.

As of June 30, AllHome had a total of 25 stores in 20 cities and municipalities across the Philippines, with 19 stores in Mega Manila. (PressONE.ph)