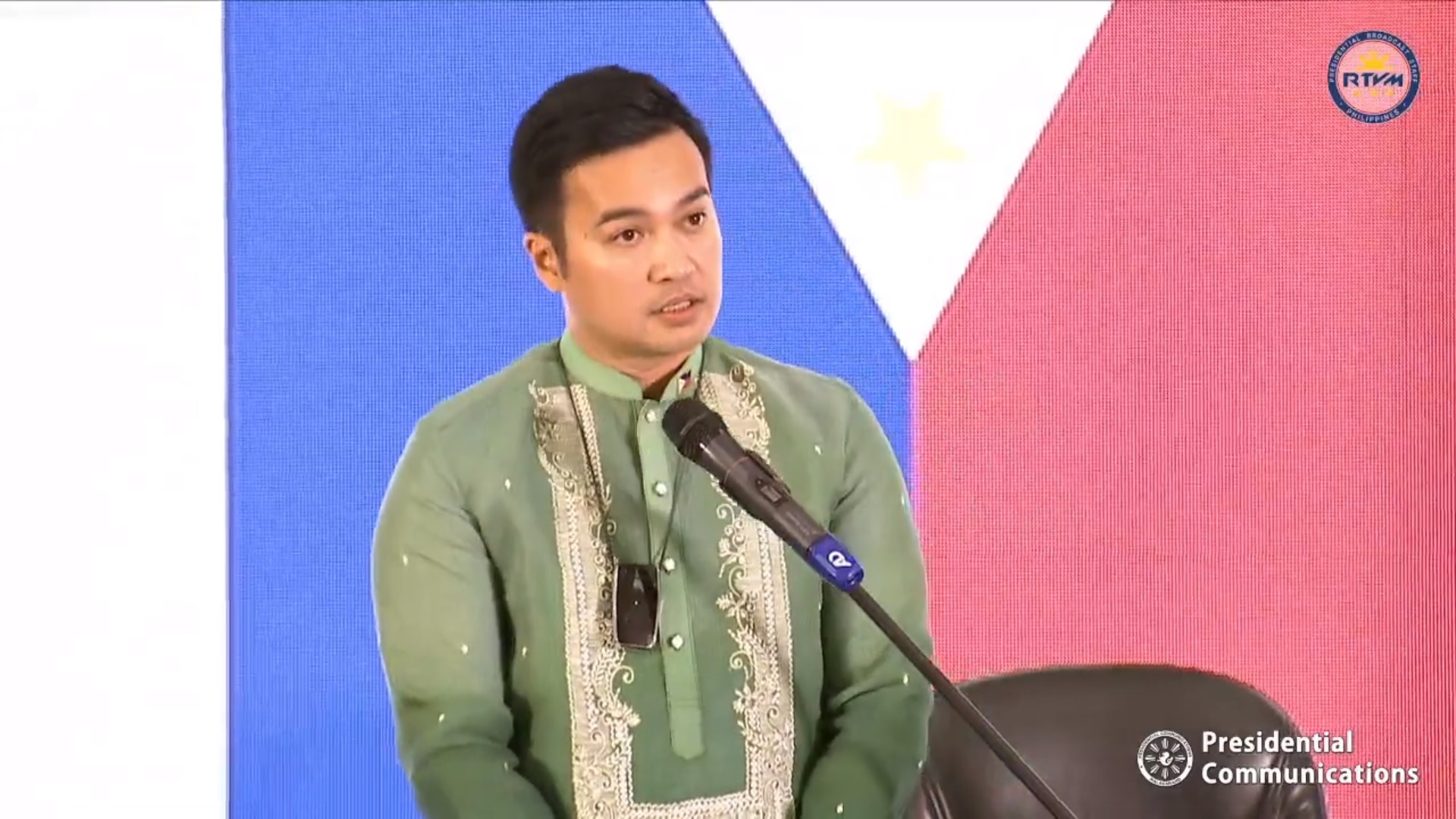 Marinduque Rep. Lord Allan Velasco delivers his acceptance speech after being elected by his allies in the House of Representatives as House Speaker on Oct. 12, 2020. (Photo grabbed from RTV Malacañang’s live feed)

Marinduque Rep. Lord Allan Velasco was finally elected House speaker on Monday by his allies, in a coup that ousted Taguig City Rep. Alan Peter Cayetano a day before the special congressional session to pass the 2021 national budget.

Of 299 members of the House of Representatives, 186 lawmakers voted to elect Velasco. The session was conducted at Celebrity Sports Plaza in Quezon City, as lawmakers were barred by police from entering the Batasang Pambansa complex.

“Today’s events would ensure that the president’s call for a timely, legal and constitutional approval of the 2021 budget will be complied with,” Velasco said in his acceptance speech.

President Rodrigo Duterte on Oct. 9 called for a special session of Congress on Oct. 13 to 16 to resume deliberations on the proposed national budget for 2021.

“This is not a triumph of one. This is the triumph of everyone who believes that a promise is a promise,” Velasco said, referring to the “15-21” term-sharing agreement between him and Cayetano.

Cayetano called the session “fake” as it was held outside Batasang Pambansa.

He pointed out that lawmakers could simply gather and declare a quorum.

“This is a very disturbing precedent. Sabi nila, basta may quorum, they can meet any day and anywhere and do whatever they want? Kung valid ‘yan, banana republic na tayo,” Cayetano said.

“Kung kikilalanin ngayon, they’re throwing away the Constitution, they are asking for a revolutionary government. That’s the reality,” he added.

Cagayan de Oro Rep. Rufus Rodriguez said despite the suspension of plenary sessions, their gathering was constitutional as it gathered a majority of House lawmakers.

The session proceeded with an unofficial House mace, the symbol of the authority of the chamber that must be displayed every time the chamber is in session.

“The true manifestation of authority of each house is in the plenary when there is a majority present,” Rodriguez said.