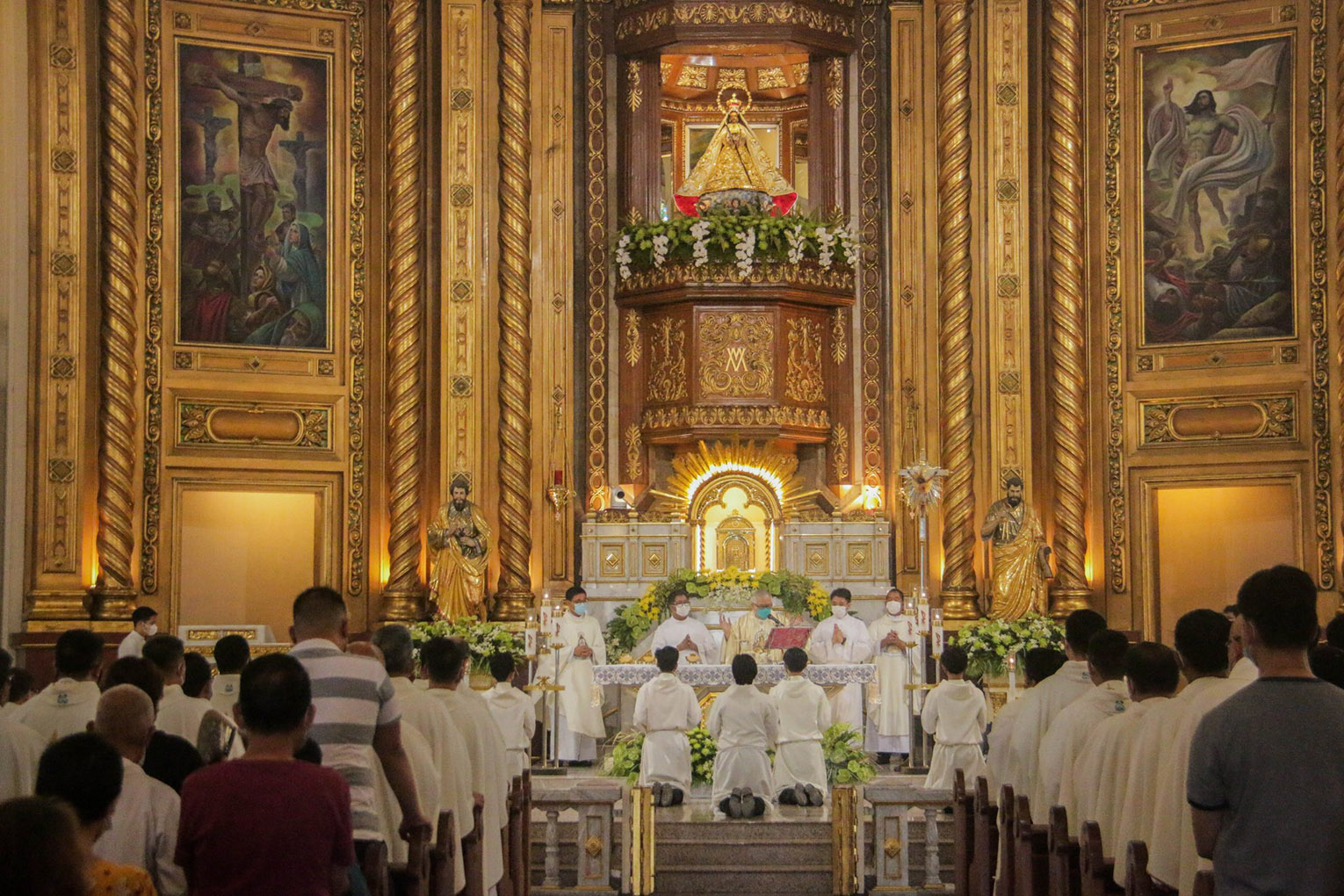 Bishop Francisco de Leon presides over Mass at the National Shrine of Our Lady of Peace and Good Voyage to celebrate the 39th founding anniversary of the Diocese of Antipolo on June 25, 2022. ANTIPOLO CATHEDRAL

The Vatican has declared the National Shrine of Our Lady of Peace and Good Voyage in Antipolo City as an “international shrine”, the first in the Philippines.

Diocese of Antipolo Bishop Francisco de Leon on Saturday said the Vatican approved their petition to bestow upon the shrine, which is also the cathedral of the diocese, with such privilege.

“We received a letter from Rome saying that on June 18, our national shrine will be recognized as an international shrine,” De Leon said.

The bishop made the announcement in his homily during Mass at the cathedral to celebrate the diocese’s 39th founding anniversary.

But the diocese, he said, has yet to receive a copy of the official declaration.

The Antipolo shrine becomes the 11th international shrine and the third in Asia after the St. Thomas Church Malayattoor in India, and the Haemi Martyrdom Holy Ground together with the Seoul Pilgrimage Routes in South Korea.

It is, however, the first Marian international shrine in Asia, and the sixth in the world.

The Catholic Church has three kinds of shrines: diocesan shrines, approved by the local bishop; national shrines recognized by the bishops’ conference; and international shrines endorsed by the Vatican.

According to Catholic News Agency, international shrines include historic locations such as Jerusalem and Rome, sites of approved Marian apparitions, such as Lourdes and Fatima, and places associated with saints, such as Assisi and Lisieux. — CBCPNews