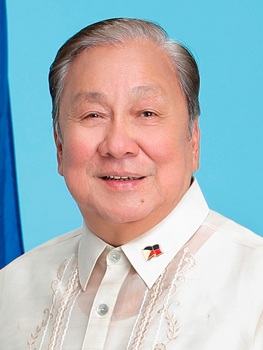 For Deputy Speaker Lito Atienza, the 1989 pact between the University of the Philippines (UP) and the Department of National Defense (DND) “has done good” in the past 30 years.

Under the accord, police and military forces are not allowed to enter all UP campuses without prior coordination with university officials.

Defense Secretary Delfin Lorenzana sent a letter to UP officials notifying them of their decisions to abolish the accord, citing that communist rebels were supposedly recruiting students inside the campus.

Lorenzana explained that the existing accord is preventing the DND from giving “effective security, safety and welfare” of the students, faculty, and employees of UP.

However, Atienza defended that the military can still function and stop the alleged recruitment of communist rebels on campuses without threatening the safety of the entire student body.

“I am with the military to fight and neutralize whatever NPA activities that are active now in the campuses especially UP. I am for them doing their job and neutralizing all these criminal elements,” he said.

“[But] any illegal act can be prosecuted and neutralized even without involving the whole student body,” he added.

Atienza recommended the military to build up its intelligence-gathering network to identify the individuals who are involved in the recruitment of communist rebels. Ronald dela Cruz