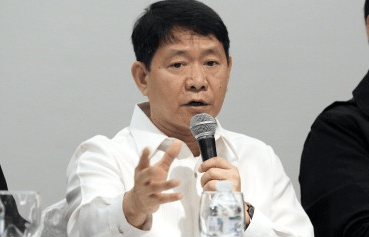 Interior Secretary Eduardo Año on Monday said that individuals who have yet to receive Covid-19 vaccine shots would not be arrested in checkpoints nationwide, amid new restrictions on unvaccinated individuals ordered by President Rodrigo Duterte.

In an Unang Balita interview, Año said unvaccinated individuals would only be asked to go home.

But unvaccinated individuals will be arrested if they resist or fight with authorities or forge their vaccination records, Año said.

Duterte last week ordered barangay officials to restrain the movement of unvaccinated individuals and only allow them to go outside their homes for essential activities.

“I’m now giving orders to the barangay captains to look for those persons who are not vaccinated and just would request them or order them, if you may, to stay put,” Duterte said in his “Talk to the People” address.

“If he refuses, he goes out of the house and goes around in the community or maybe wherever magpunta, he can be restrained,” he added.

The Philippines on Monday recorded all-time highs of 33,169 new cases and a 46 percent positivity rate out of 73,234 tests administered. John Ezekiel J. Hirro