​The Department of Health issued two apologies on Sunday: first for the “confusion” caused by a statement that some Chinese Covid-19 test kits were only 40 percent accurate, and for the measly P500 daily allowance it had allocated for volunteer health care workers.

Health Undersecretary Maria Rosario Vergeire said the test kits that had low accuracy rates were not from the Chinese government were and of a different brand, which a private foundation had proposed to donate.

The test kits from China — an initial 2,000 BGI RT-PCR kits and another 10,000 Sansure RT-PCR kits — were assessed by the DOH’s Research Institute for Tropical Medicine (RITM) and met standards of the World Health Organization, Vergeire said in a briefing.

The Sansure test kits also had all the required reagents, she said.

“The DOH apologizes for any confusion that previously issued statements have caused,” Vergeire said.

It was Vergeire herself who said on Saturday that an initial batch of Chinese test kits had only 40 percent accuracy and were set aside.

The DOH apology came after the Chinese embassy in Manila said it rejected “any irresponsible remarks and any attempts to undermine our (Philippines and China) cooperation in this regard.”

READ：The Text message sent to Chinese Ambassador Huang Xilian this morning by DOH Secretary DR. FRANCISCO DUQUE III :
“Hi! There is nothing wrong with the REAL TIME-POLYMERASE CHAIN REACTION machine which is used for generating positive or negative result as the case may be! “

The embassy said the Chinese test kits were of “high quality and standards and have no accuracy problems, which are being used in Philippine test laboratories and have helped accelerate the testing process.”

“The test kits mentioned by the DOH official on 28 March 2020 during the press briefing were neither tested by RITM which did not receive any kit sample for lab validation nor donated by the Chinese government,” the embassy said.

In a separate statement, Cabinet Secretary Karlo Nograles urged donors to use only DOH-approved test kits to avoid problems.

The DOH on Sunday also said it acknowledged the “anger and hurt” caused by its call for health care volunteers, where it offered a P500 daily allowance and required all applicants to set up accounts with the Paymaya mobile wallet app. 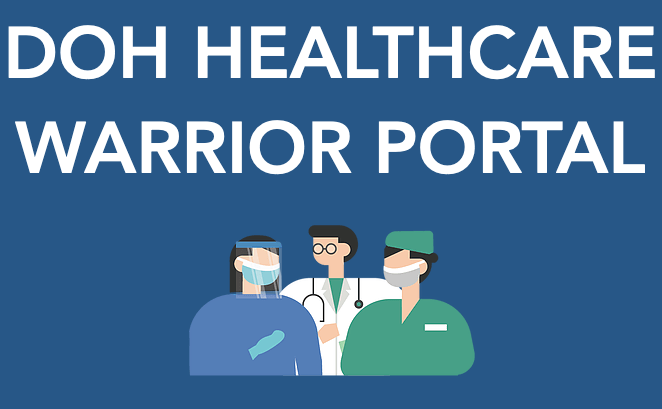 Screen grab of the DOH portal for health care volunteers.

It said the “Healthcare Warriors” benefit package was a preliminary one and that it expected to receive additional funds for emergency hiring following the passage of a law granting extra powers to the president.