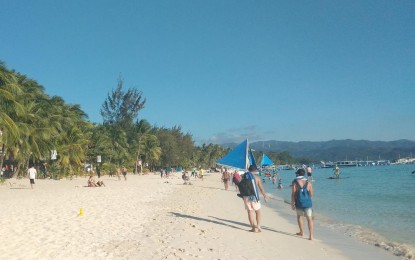 Boracay island has been declared by TIME Magazine as one of the World’s Greatest Places of 2022, the only Philippine place to enter the list.

The TIME said they chose their list of 50 destinations from correspondents and contributors around the world “with an eye toward those offering new and exciting experiences.”

Writer Charlie Campbell quoted former President Rodrigo Duterte in calling the Boracay island as the “Paradise Lost” and “a cesspool” due to pile of garbage that grimed the white sand beaches and clear waters.

The island underwent six-month closure due to garbage and later on extended by the arrival of the coronavirus disease 2019 (Covid-19) pandemic, which also gave the island enough time to recover.

Campbell said that “flora and fauna, like sea turtles, and hospitality has come back just as spectacularly.”

Seoul, Copenhagen, Doha, Bogota, and Nairobi, and big cities such as San Francisco, Miami, Marseilles and Toronto also made the list.