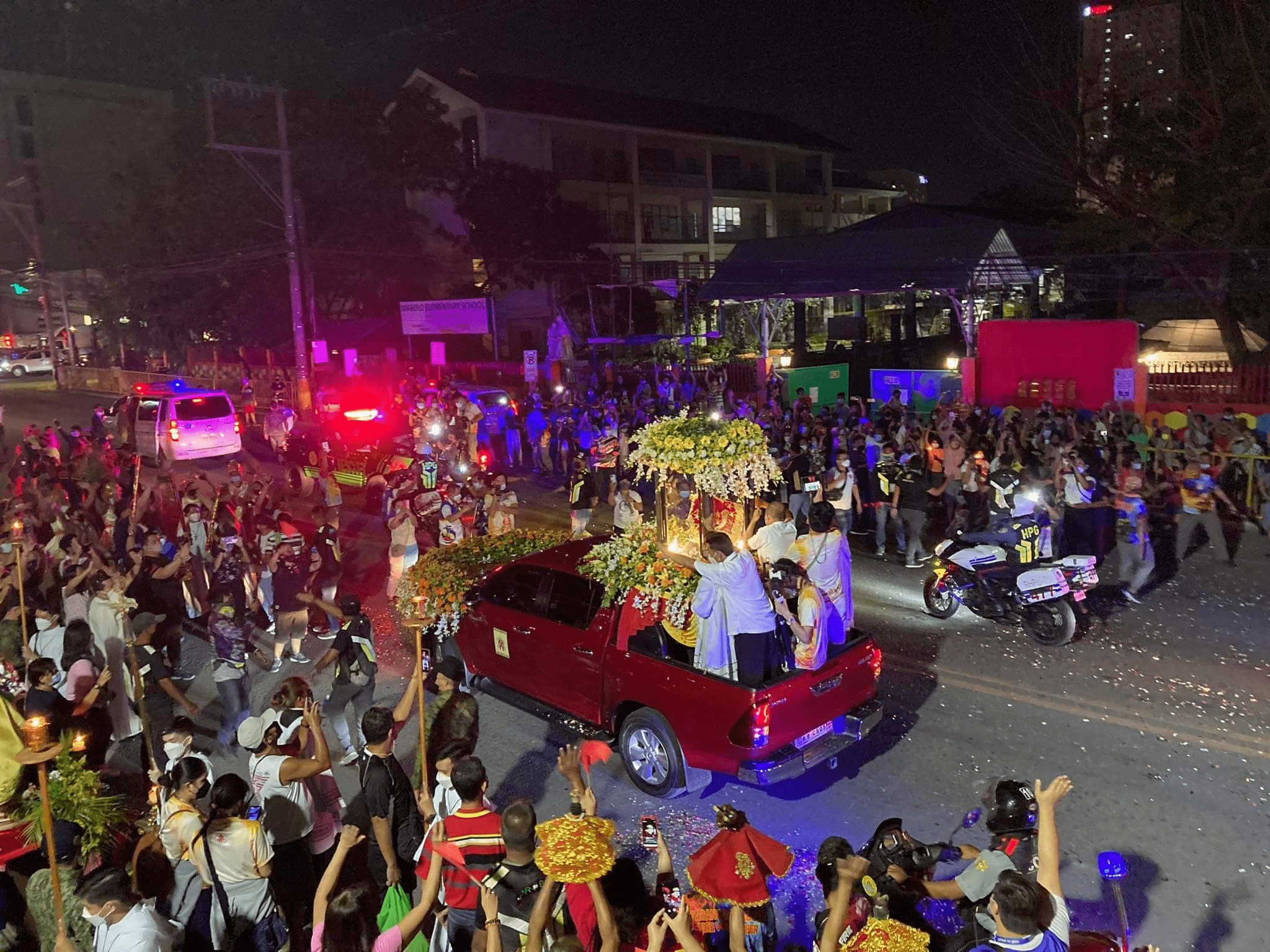 Cebuanos waited for hours to catch a glimpse of the image of the Senyor Sto. Niño. (BSMN)

Thousands of Sto. Niño devotees filled the streets of Metro Cebu to witness the procession of the miraculous image on Saturday, Jan. 15, 2022 in celebration of the feast of the Sto. Niño of Cebu.

The three-hour motorcade traversed through the streets of the cities of Cebu, Talisay, Mandaue, and Cordova town.  It replaced the annual penitential walk that attracts hundreds of thousands of devotees from across the country.

The Augustinian fathers cancelled the annual walk and settled for a procession as the city is experiencing an increase of coronavirus infections.

Local police estimates the crowd at 20,000 who waited on the sidestreets, bringing with them flags and their own replica image to catch a glimpse of the revered image of the Child Jesus.

The image was welcomed in each stopover with traditional Sinulog dances, shouts of praise, and prayers from the devotees.

No untoward incidents were reported throughout the duration of the procession that started at the Basilica Minore del Sto. Niño de Cebu.

Instead of a concluding Mass and the traditional fireworks display, the activity concluded at the pilgrim center with Cebu Archbishop Jose Palma and Fr. Nelson Zerda, OSA, rector of the basilica leading a short and intimate prayer which was live streamed online.

Palma was overjoyed to see that despite the cancellation of the annual fluvial procession and penitential walk, thousands waited for hours to watch the image of the Holy Child pass for a few seconds.

“This shows the people’s love for the Sto. Niño,” said Palma in his homily during the vespers Mass which was held earlier. – Ryan Sorote