‘They’re excited to jail us’ – Diokno 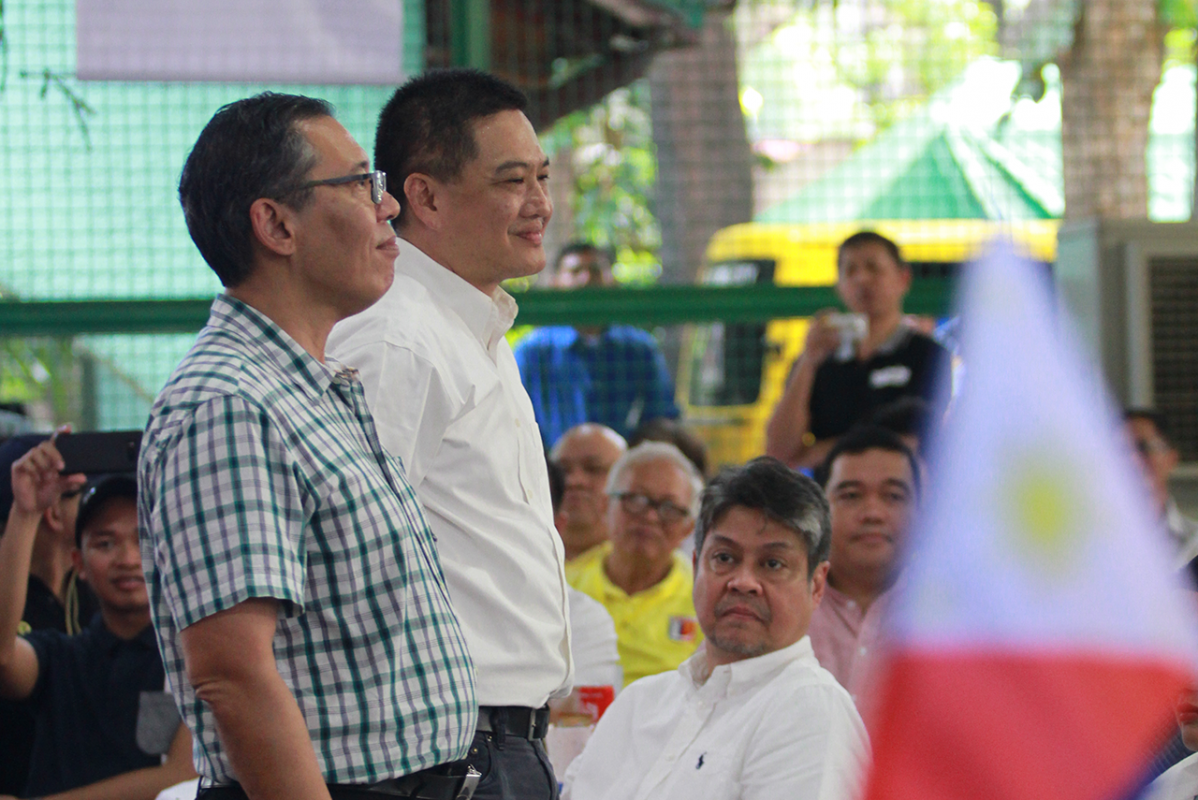 Opposition figures vowed to face the complaint for sedition filed by the Philippine National Police (PNP) on Thursday over the “Bikoy” videos that linked President Rodrigo Duterte and his family to illegal drugs.

“Sabik na sabik ata ang administrasyon na ikulong kami, kahit walang basehan o ebidensiya. Bilang abogado para sa mahihirap, sanay na ako sa ganitong pangaapi. Tuloy ang laban natin para sa hustisya (It seems this administration is very excited to jail us, even without basis or evidence. As a lawyer for the poor, I am used to this maltreatment. We will continue the fight for justice),” he said.

Lorenzo “Erin” Tañana III, Diokno’s fellow candidate in the losing “Otso Diretso” senatorial slate, said: “We will face the lies of Bikoy with truth and evidence.”

Former senator Antonio Trillanes IV said “the filing of cases against key members of the opposition are clear acts of political persecution and harassment by the Duterte administration meant to stifle democratic dissent.”

He said the PNP Criminal Investigation and Detection Group (CIDG) investigators “clearly abused and misused the subpoena power recently bestowed on them to single out critics of the Duterte administration.”

“Alam nila na wala silang hawak na ebidensya kundi ang salaysay ng isang testigo na ilang ulit nang nagsinungaling sa publiko, pero tinuloy pa rin ang pag-file ng kaso. Ang libu-libong homicides under investigation na suspected EJKs ay hanggang ngayon ay hindi nila malutas at hindi umuusad pero pag oposisyun, dali-dali sila (They know they don’t have any evidence except the testimony of a witness who has lied several times in public, but they pushed through with the case. The thousands of homicides under investigations, suspected to be extrajudicial killings, haven’t been solved until now and the cases are not moving, but they’re quick if its the opposition),” Trillanes said in a statement on Friday.

Aside from inciting to sedition, the PNP Criminal Investigation and Detection Group (CIDG) accused 38 people, including the accuser, Peter Joemel Advincula, of cyber libel, libel, estafa, harboring a criminal and obstruction of justice.

In a July 18 sworn affidavit, Advincula, accused opposition and church figures of using him to “spread lies against the President, his family and close associates.”

Advincula claimed the opposition conspired in producing and spreading the “Bikoy” or “Ang Totoong Narcolist” (The True Narcolist) videos on social media, with himself posing as the hooded and anonymous whistleblower “Bikoy.”

Advincula turned himself in to the police in May. He was said to have been under the protection of Catholic clergy until he turned around and became a government witness. (PressONE.ph)