The difference between DND Secretary Lorenzana and Lt. Gen. Parlade 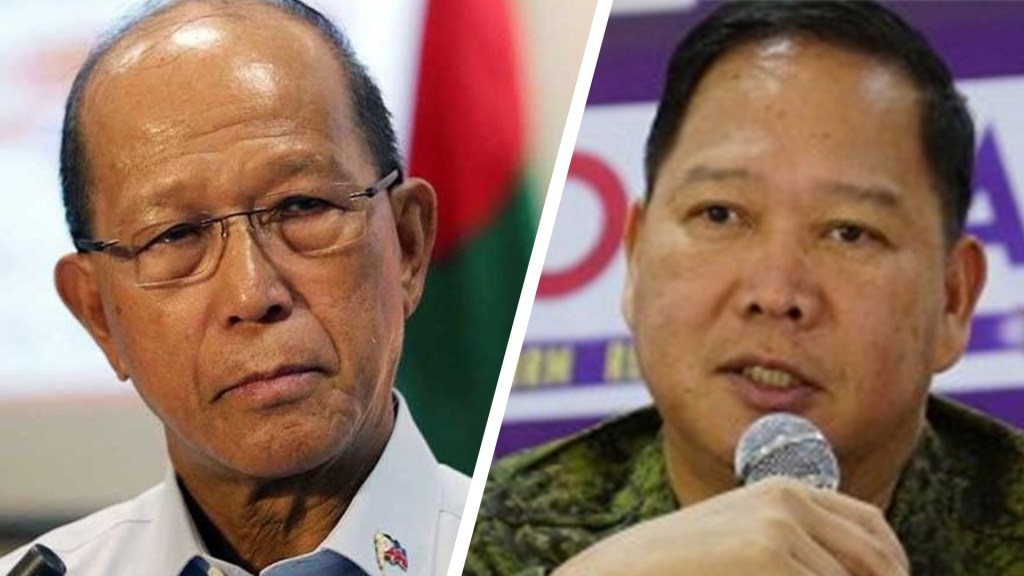 As our government focuses its efforts on anti-terrorism campaigns two high ranking members of our Armed Forces of the Philippines (AFP) have come under the microscope due to their actions, for very different reasons.

Department of National Defense (DND) Secretary Delfin Lorenzana has recently opened talks with University of the Philippines (UP) President Danilo Concepcion initiated by Commission on Higher Education (CHED) chair Prospero de Vera. The talks, held at the Veterans Golf Club in Quezon City, were meant to discuss the UP-DND Accord and areas of cooperation on how both their representative organizations can assure a safe and secure environment conducive for learning.

On the other hand, Lt. Gen. Antonio Parlade Jr. once again caught the attention of human rights advocates due to his online activities. He recently accused Inquirer.net journalist Tetch Torres-Tupas of spreading propaganda saying “Hndi kita titigilan Tetch Tupas” on Facebook. He also claimed without providing any proof that Torres-Tupas was “Aiding the terrorists by spreading lies”.

This promoted the Justice and Court Reporters Association (JUCRA) to demand an apology from Parlade while disproving his claims against Torres-Tupas. They also condemned his red-tagging of Tupas questioning will he red-tag other journalists who are covering the same stories.

Inquirer.net released a statement saying they “recognize the role our valiant men and women in the armed forces play in protecting our country. But we condemn the threat of Lt. Gen. Antonio Parlade Jr. to sue our reporter”. They further stated that their organization “expresses alarm over Parlade’s attempt to sow fear, stifle dissent and curtail her right to make truthful and objective reports”

Senator Francis Pangilinan has called for Parlade to be relieved of his job like Maj. Gen. Alex Luna who made blunders on list of supposed former UP students who joined the communist armed movement

“Enough of this unprofessionalism and lack of discipline with such baseless, erroneous public statements. Like AFP Intel Chief Luna, Lorenzana should show Parlade the door,” Pangilinan said.

As oral arguments regarding the Anti-terrorism is being heard by the Supreme Court. Senator Lacson believes such actions would affect how people and the court perceives the Anti-Terrorism Act. Calling Parlade’s comments against Tupas as careless and unnecessary.

Lacson’s fears where confirmed when the National Union of Journalists of the Philippines condemned Parlade in a statement saying the military official “flexed his muscles and shown precisely the behavior that petitioners against the draconian law (Anti-terrorism Act) have been raising alarms about” despite the government’s repeated assurances that the law will not be used to stifle dissent or to clamp down on the press. Camille Trinidad