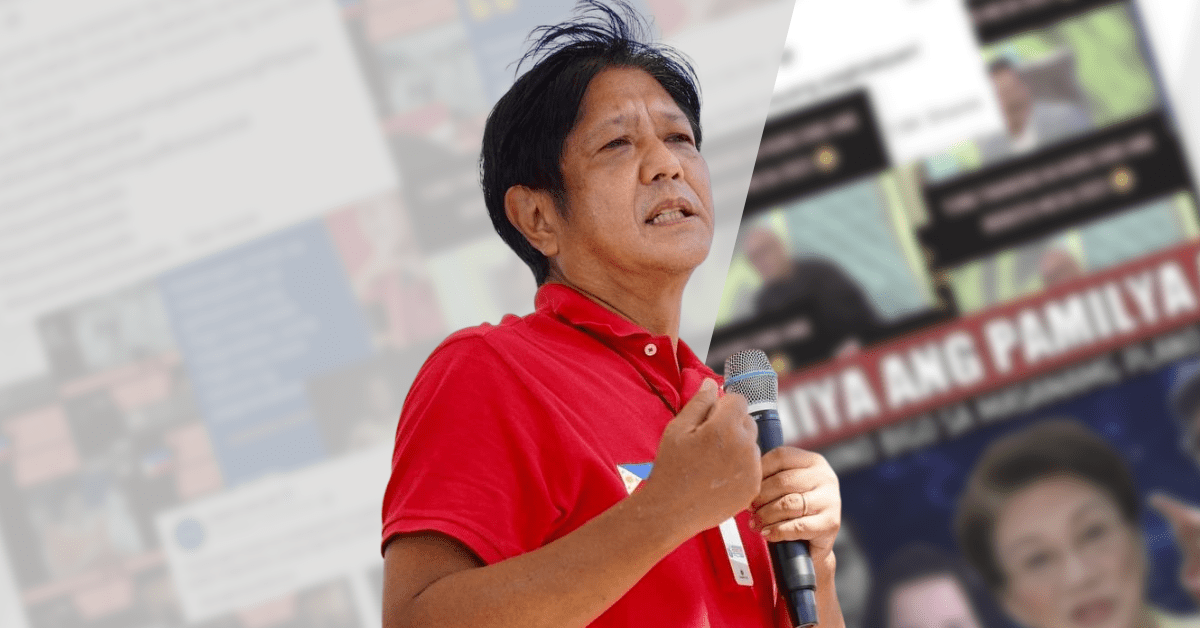 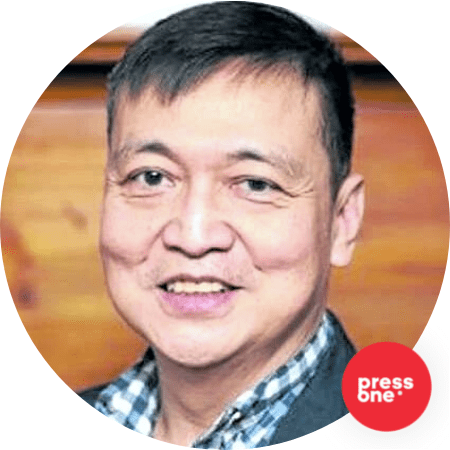 The Supreme Court already ruled in 2003 — in a case I helped litigate called ‘Republic vs Sandiganbayan’ — that Ferdinand and Imelda Marcos only legally earned $304,000 from 1965 to 1986. Since your lawyer hasn’t responded to my public call for him to debate me and is perhaps afraid that he doesn’t know (or can’t) answer the following questions, then maybe you can, Marcos Jr. Because I know you know the answers. After all, you are still the co-administrator of your father’s estate. So here are my 10 questions for you:

(1) YOU AND THOSE FIRST SWISS ACCOUNTS:

Where did your parents get the nearly $1M [it was $950,000] they deposited in four (4) bank accounts in Credit Suisse Bank in Switzerland on March 20 and 21, 1968? Do you agree with the Supreme Court that, like other funds they deposited in Switzerland, this was “money stolen by the Marcos spouses from the Republic”? [See the photo of the actual page of the SC decision that says that.]

The Supreme Court said the money in these accounts were then transferred in March 1970 to new accounts under the “Xandy” stiftung [a German term for private ‘foundations’ for-profit] created in Liechtenstein. For the first time, you were named as one of the beneficiaries of this nearly $1M account.

You were 13 years old in March 1970 when Xandy was created . You may not have known why your parents would have so much money in banks in Switzerland and why they had to hide that money through Liechtenstein. But 16 years later, in March 18, 1986, your family tried to close all the remaining Marcos “stiftungs” and attempted to transfer all the money from the Marcos Swiss bank accounts in the name of these “stiftungs.” The purpose was to evade the “freeze” ordered on these accounts by the Swiss government. How old were you in March 1986? Weren’t you almost 30 years old — an adult, and in fact a government official and a commissioned military officer in your father’s dictatorship? You were aware of these money-laundering efforts: in Hawaii, you met with assorted people offering to ‘move’ this money for you AND then later even went to Switzerland yourself.

Why did your parents use the names William Saunders and Jane Ryan to open those accounts in 1968? And why did your father, when asked this very question during a court trial in the US, refuse to answer? [Which also prompts the question: why haven’t you been back to the US since 2005, when you were questioned in the Hawaii court about your family’s efforts to transfer assets? Are you afraid that the 1995 contempt of court judgment against you, affirmed in 2012 and extended until 2031, ordering you to pay $356M+ as penalty, will be enforced and you will be dragged to court or even jail if you don’t pay?]

(4) At the Sandiganbayan and at the Supreme Court, you were asked: “What kind of assets are in these Swiss bank accounts? Just cash?” And you replied: “Anything under the Marcos name in any of the banks in Switzerland … which may be not cash.” SINCE WHEN HAVE YOU KNOWN WHAT THESE ASSETS WERE AND ARE?

(5) WHERE DID MONEY FOR YOUR OXFORD NON-DEGREE COME FROM?

Your parents only legally earned $304,000 from 1965 to 1986. So where did the thousands of dollars it cost to pay for tuition at Oxford and for the expensive English boarding school accommodation, food and parties you hosted come from when you were in the UK from 1975 to 1978? [Let’s not go to why, after all that expense, you only received a mere “diploma” but not an actual Oxford degree. Maybe you just wanted to be able to say “I went to Oxford and all I got was this diploma,” right?]

Along the same line, when you went to “study” at Wharton School in Pennsylvania while your sister “studied” at Princeton and you lived  in two separate million-dollar mansions in New Jersey purchased by your family — with the furnishings alone costing $5M — where did the money come from? In fact, when you were getting your $10,000 a month allowance while in Wharton, where you also never graduated, where did that money come from? Remember: according to the Supreme Court, your parents only legally earned $304,000 in the entire time your family was in power.

(7) SHOULDN’T SOMEONE RUNNING FOR PRESIDENT BE THE FIRST TO OBEY THE LAW OF THE LAND?

The Supreme Court says all the money your parents spent beyond $304,000 — including your lifestyle, your UK and your US homes and tuition and allowances and travel — is ILL-GOTTEN. The $680M in Swiss accounts that I helped recover through that case ? ILL-GOTTEN. And since  everything your parents claim to own that is above $304,000 is ill-gotten, are you ready to abide by the Supreme Court decision  — a President after all swears under the Constitution to “execute its laws” and the SC decisions are part of “the law of the land” — and therefore surrender every house, every painting, every piece of expensive jewelry, every bank account local and foreign, that your father and mother ever had and still have? And what would that leave you since you’ve never had an actual job?

(8) SO, IF JOURNALISTS [OR ANYONE ELSE] ASKED YOU, MARCOS JR: since you said that if you regain power you will “strengthen the PCGG.” Now, since the PCGG is, by law, meant to go after “ill-gotten wealth,” what does that phrase “ill-gotten” mean to you?

(9) Do you agree with the Supreme Court that this “Ill-gotten” wealth is [and this is a direct quote from the 2003 decision] “money stolen by the Marcos spouses from the Republic”? OR DO YOU DISAGREE AND WHY?

(10) HOW LONG WILL YOU HIDE AND LAUNDER THAT MONEY?

And since the 1987 Philippines Constitution ALSO says that “the State (can) recover properties unlawfully acquired by public officials, from them or from their transferees” and that this recovery of ill-gotten wealth “shall not be barred by” time or any deadlines, do you really want yourself and your family, your wife and your sons to continue to be investigated, possibly sued or even charged for money-laundering of ill-gotten wealth? Forever in the Philippines or even outside your country?