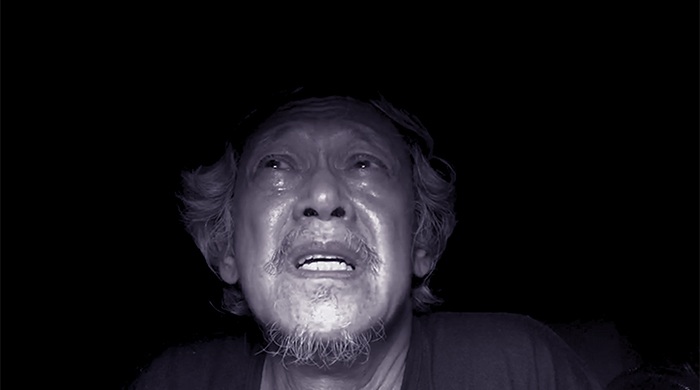 The resident drama company of the Cultural Center of the Philippines (CCP) already has a three-year production plan prepared when the coronavirus disease 2019 (Covid-19) halted everything.

For a company that relies heavily on the stage, it was an existential threat.

“[W]e were preparing, or we were actually prepared to do our 34th theater season by August,” Tanghalang Pilipino (TP) artistic director Fernando “Nanding” Josef told PressOne.PH

However, artists are survivors and so is theater. Instead of staying idle, TP shifted to digital and online platforms.

“Parang yung threat na-convert namin into something good so hindi kami nagpatalo. […] We knew and we felt and we believed that we have a lot of content na pwedeng magamit using another medium,” Josef said.

Josef admitted that the online plaform is a “strange medium” for him and his fellow actors.

Actors are still struggling and adjusting to the situation, but they have “so much passion inside” they could not just give up.

In fact, Josef’s latest film “Heneral Rizal” was shot in his house using his phone, with his script flashing on the screen of his laptop.

“[S]o binabasa ko and I have to do it all by myself, yun yung nabuo ko na raw material na binigay ko kay Chuck [Gutierrez], the director. Siya nung nag-ayos pati music,” he said.

Workshops and meetings were done via Zoom and TP partnered with CCP and ABS-CBN to stream their past adaptations and original productions on iWantv, from June to July.

Josef admitted that actors still have anxieties. For him, it is a question of what will happen next.

When asked how he keeps himself on track and how he encourages other artists to continue despite the unpredictability of the situation, he answered that his spirituality, a mix of Catholicism and Zen Buddhism, helped him a lot.

Josef said that he channels his spirituality through theater, culture, and arts.

“[K]asi yung artistic activities, or art by itself I think is therapeutic. All kinds of art whether it’s visual art, music, dance, or even poetry, theater or acting is very therapeutic,” he said.

It is, according to him, a matter of “looking inward” and accepting one’s weaknesses and strengths. It is looking at the facets of the world with an open eye, something that he teaches in his theater classes, he said.

Working with theater since 1973 has opened different opportunities for Josef to know and discover different stories and realities of other people.

For him, Heneral Rizal did not only show the unsung heroic deeds of Paciano Rizal but also the problems that are still present in the country more than a century since the Spanish colonizers left.

“[W]hat Paciano Rizal was saying in the 1930s about our problems as Filipinos and the […] sense of nationalism that we have ay merong defect, at meron naman solusyon at eto yun,” he added.

Josef called the film a wonderful revelation, a commentary on what our heroes failed to do and could have done.

Heneral Rizal was part of the virtual exhibit “Cinemalaya 16: Stream Consciousness” and was streamed on TP’s official YouTube account.