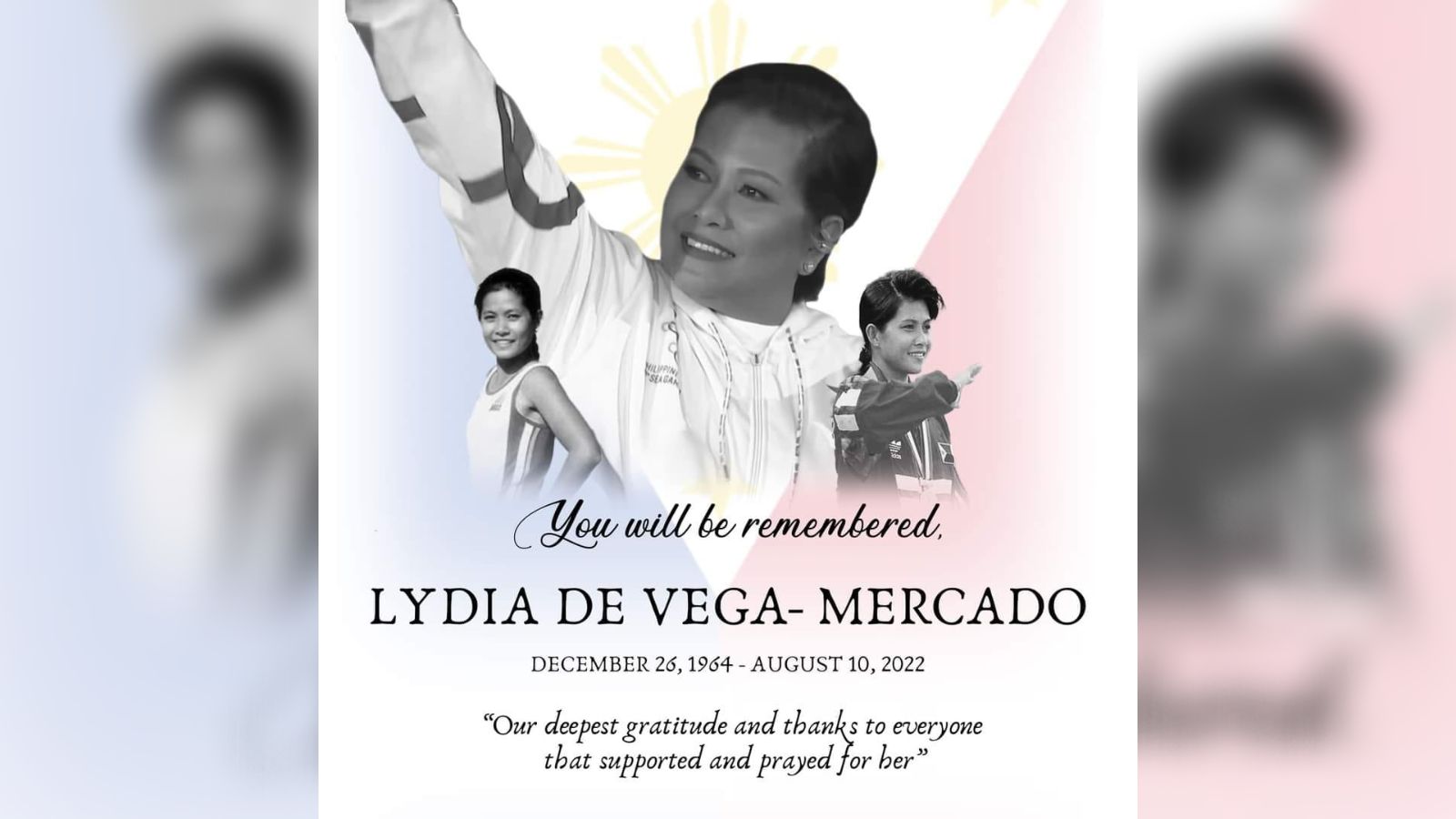 Filipino sprint legend Lydia de Vega-Mercado died on Wednesday at 57 after her bout with cancer, her daughter has announced.

“On behalf of our family, it is with absolute grief that I announce the death of my mother, Lydia De Vega this evening, Aug. 10, 2022, at the Makati Medical Center. She fought the very good fight and is now at peace,” her post read.

De Vega was considered Asia’s fastest woman in the 1980s.

De Vega retired from competition in 1994. She was diagnosed with stage 4 breast cancer in 2018 and underwent brain surgery last month.

President Ferdinand “Bongbong” Marcos Jr. expressed his condolences to the family of De Vega in a Facebook post.

“I join the entire nation in mourning the untimely demise of former Asian sprint queen Lydia de Vega, after a four-year battle with breast cancer. My sincerest condolences to her family and loved ones,” he said.

“Lydia de Vega has run her last race. She has finished her contest. She has fought a good fight. Let us pray for her peace,” the president added. John Ezekiel J. Hirro