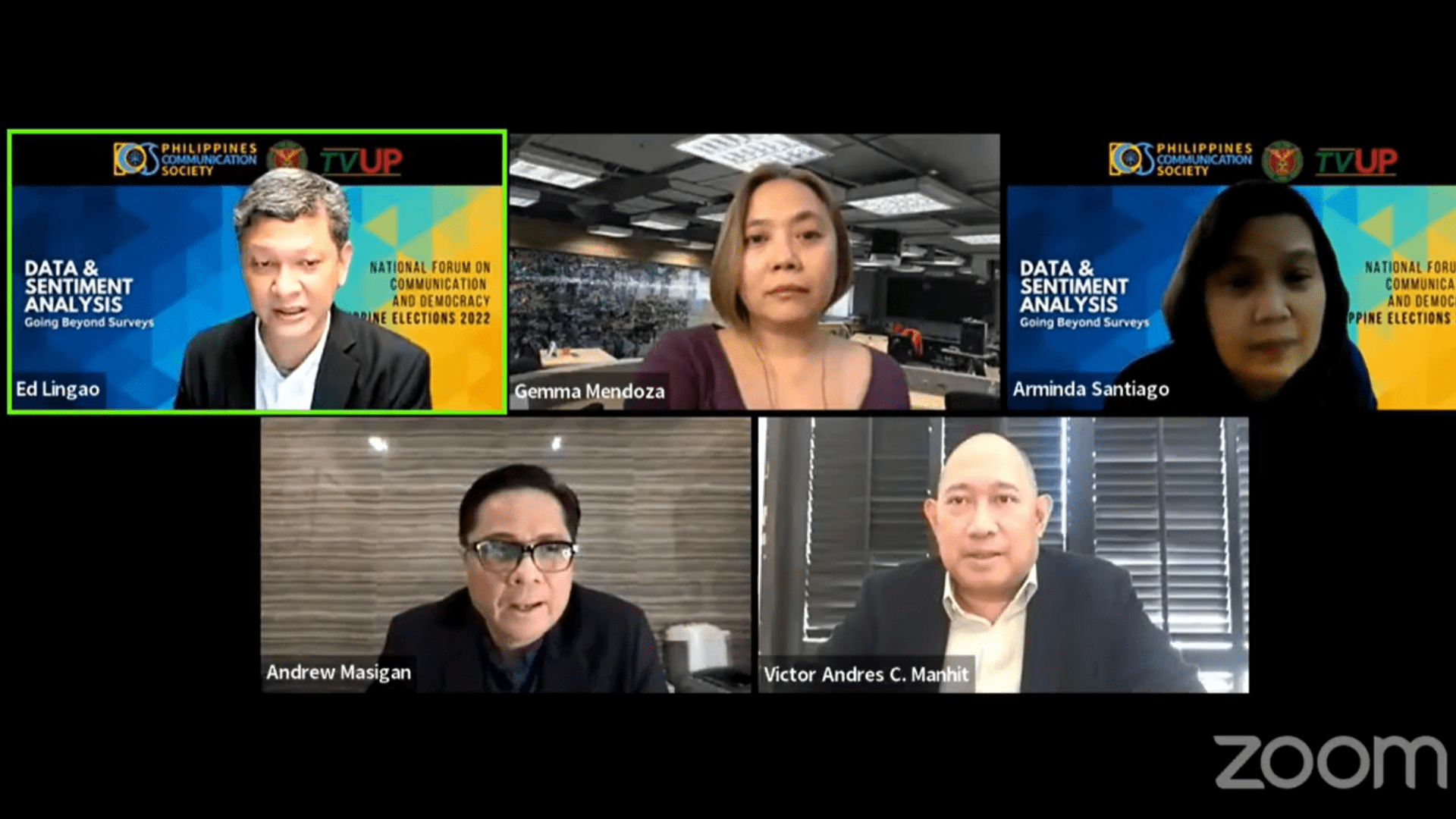 The lack of verification and filtering of information in social media could make users prone to disinformation and manipulation, political analysts said.

Rappler editor Gemma Mendoza said there should be more stringent protocols against disinformation online, especially amid the election season.

“The problem right now, there is no gatekeeping at all. There is no verification,” Mendoza said during the “Data and Sentiment Analysis: Going Beyond Surveys” webinar of the Philippines Communication Society.

“You have a space that is really diversified and content that contains narrative and messages that could influence voters,” she added.

Who is a ‘political analyst’?

Victor Manhit, founder and managing director of the Stratbase Group, said the rise of social media influencers also adversely affected how opinions were being formed online.

Political analysts, Manhit said, should be well equipped with data and theoretical frameworks with their analyses.

“A blogger who became an ‘analyst’ because she has 50,000 followers that came out of nowhere…hindi ‘yun analyst, propagandist ‘yun,” he said.

Journalist and TV5 anchor Ed Lingao said that to avoid the generalities of using the term political scientist, experts should instead be introduced with their credentials.

“The phrase ‘political analyst is so widely used that lahat na lang ng barbero e analyst na…we [should] just use credentials as a better way to identify an analyst,” Lingao said.