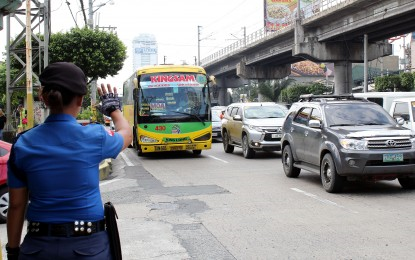 Zamora, who chairs the Metro Manila Council,  said the new system will standardize the fines for 20 common violations, including disregarding traffic signs, beating the red light, and counterflow.

“I have attended the technical working group meetings and what’s nice is some (local government units) have higher fines, some have lower fines, but in essence, all LGUs have agreed to standardize,” Zamora told during an interview with ANC’s Headstart.

“We will be having one more technical working group meeting by January hosted by San Juan with hopes of implementing this during the first quarter of 2023,” he added.

Moreover, the new ticketing system will give violators an option to pay their fines via digital channels.

Metro Manila will combine its system with the Land Transportation Office (LTO), giving authorities the power to check how many violations a motorist has committed, which would also serve as basis for “demerit points.”

Zamora added that authorities have the power to confiscate a license if a motorist has 10 demerit points.

“We’ll have to procure certain IT equipment to be able to integrate with them, and again, part of the discussion is will each LGU procure or will the MMDA procure for us?” he said.

“We will have to finalize all of these things, that is why we’re looking at the end of the first quarter as the possible jumpstart of the single ticketing system,” he added.