SC: People inciting violence vs judges ‘will be dealt with accordingly’ 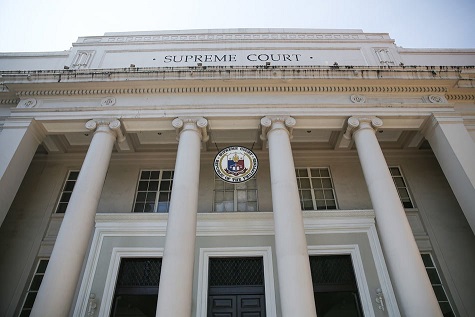 Badoy, in a Facebook post, accused Manila Regional Trial Court (RTC) Judge Marlo Magdoza-Malagar of lawyering for the Communist Party of the Philippines (CPP) and its armed wing, the New People’s Army (NPA).

Magdoza-Malagar dismissed the Department of Justice’s petition to declare the CPP and the NPA as terorrist organizations.

“So, if I kill this judge and I do so out of my political belief that all allies of the CPP NPA NDF (National Democratic Front) must be killed because there is no difference in my mind between a member of the CPP NPA NDF and their friends, then please be lenient with me,” Badoy said in a now-deleted Facebook post.

The post has been denounced by several lawyer groups, accusing Badoy of contempt.

In a statement, the SC condemned threats made against judges,

“The Court STERNLY WARNS those who continue to incite violence through social media and other means which endanger the lives of judges and their families, and that this SHALL LIKEWISE BE CONSIDERED A CONTEMPT OF THIS COURT and will be dealt with accordingly,” it said.

The SC issued the statement “regarding statements made by a certain Lorraine Badoy containing threats against Judge Marlo A. Magdoza-Malagar of the Manila Regional Trial Court, Branch 19.” John Ezekiel J. Hirro