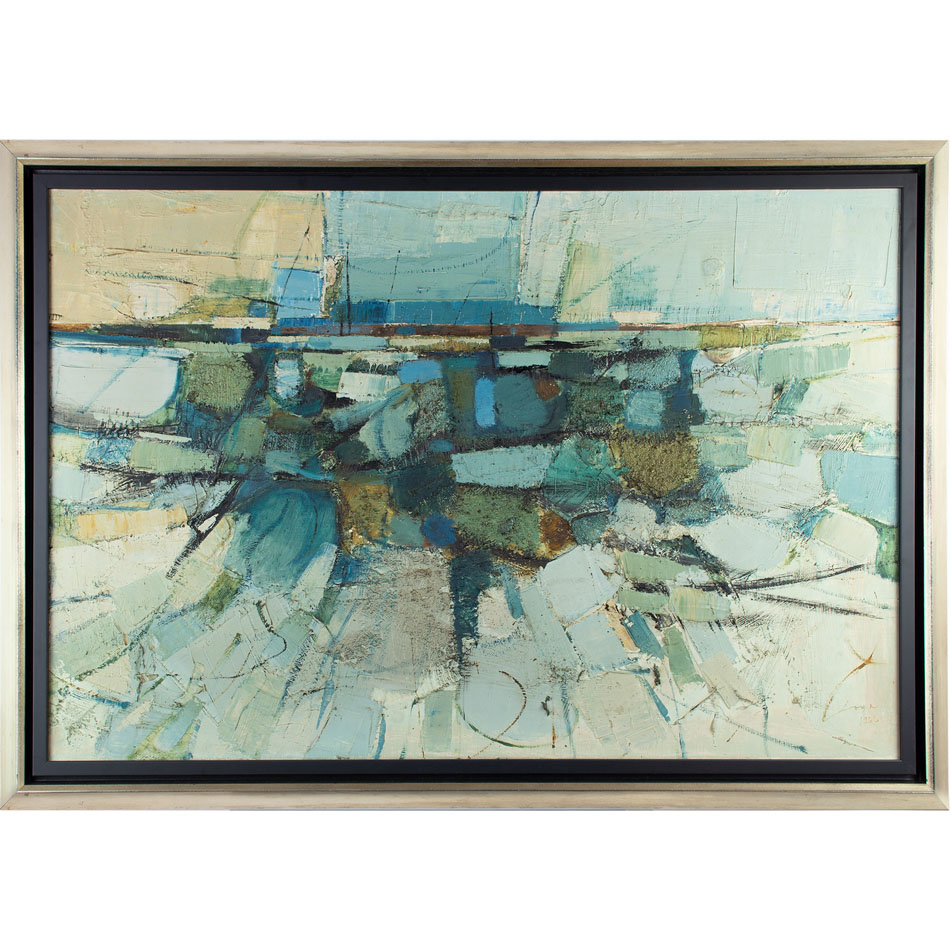 Oftentimes life comes at you bringing unexpected change that while seemingly scary, can actually be an opportunity to reinvent oneself. It is not lost on anyone that the current global situation has enabled most to assess how fleeting life can be and thus we make the most of any situation we find ourselves in.

And while the opportunity to travel and see the wonders of the world is not a viable option, there is solace to be found in art, through the beautiful sceneries that the hopeful and the imaginative can always temporarily escape into.

Salcedo Auctions provides such needed respite through “The Well Appointed Life”. Its annual auction, the country’s longest-running and biggest, highlights “Important Philippine Art” and a “Connoisseur Collection of rare and definitely valuable items that have the ability to bring a certain level of joy to collectors. The theme for this year is “The Worlds We Create”. 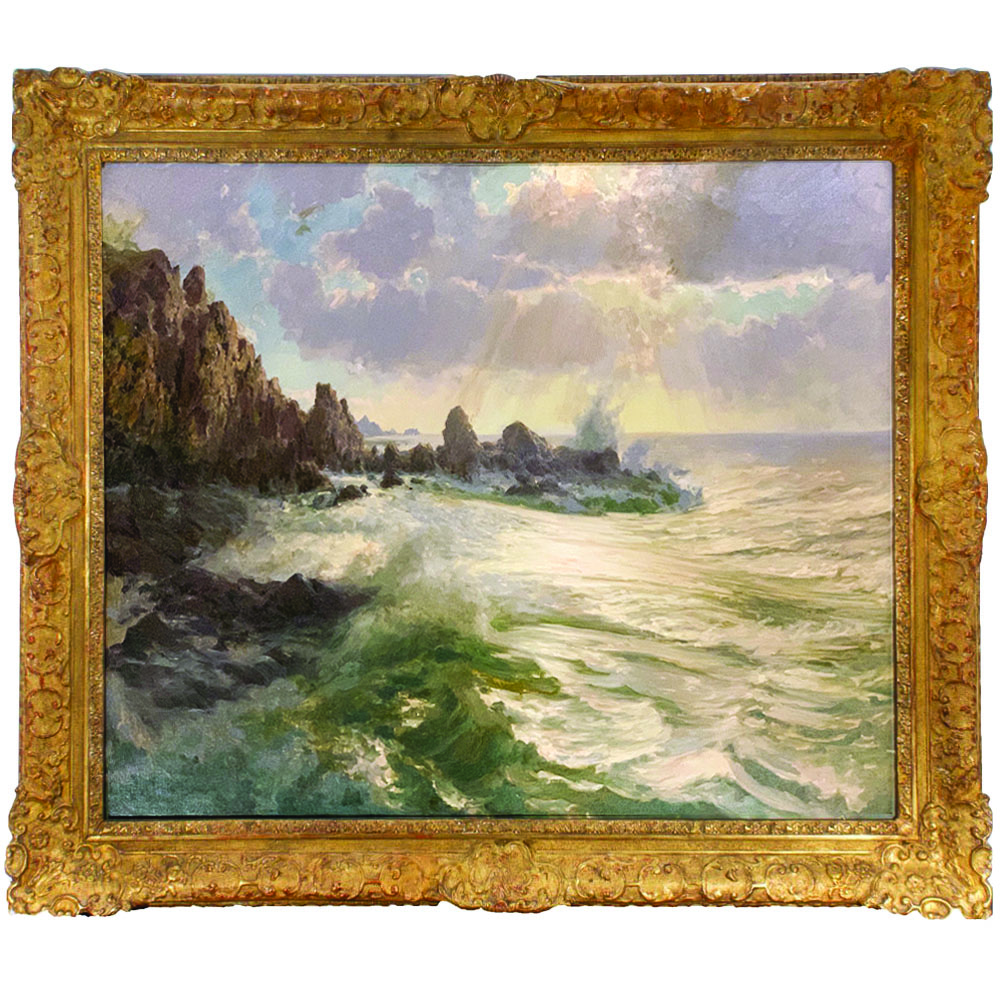 Take a look at Felix Resurreccion Hidalgo’s recently discovered “Marina”, a 1900 oil on canvas and marvel at a beautiful seascape that the Filipino master captured painting en plein air. As waves crash against craggy rocks along a coastline, sunrays break through clouds to symbolize humanity’s ever present need for hope, more so during these strange times.

Equally captivating in person is National Artist Jose Joya’s “Blue Harbor”. A remarkably rare piece displaying the early abstract expressionist oeuvres of the artist, this 1966 oil on wood is a fascinating juxtaposition of tonality and surface featuring Joya’s thick, gestural impasto. It was made just two years after his selection to the 1964 Venice Biennale as Philippine representative.

Another National Artist, H.R. Ocampo, pays tribute to Andres Bonifacio, Emilio
Jacinto and the Katipunan militia’s successful capture of a Spanish military base with “Excursion to Pinaglabanan”. An exemplary piece featuring shades of reds, yellows, and warm earth tones, it is an important work of art that strongly conveys movement and rhythm depicting a significant point in the Philippines’ struggle for freedom. 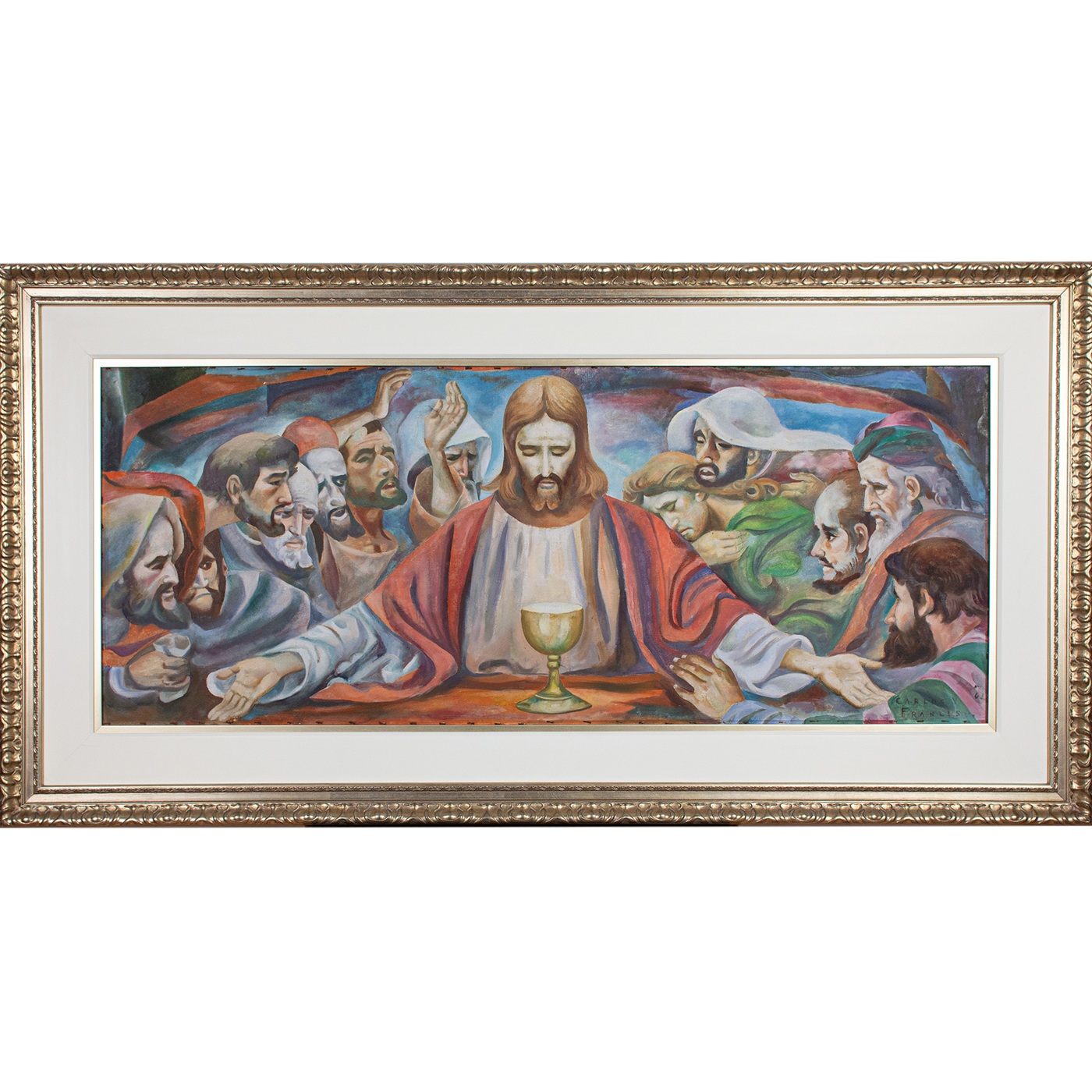 In “Last Supper” by National Artist Carlos “Botong” Francisco, he paints Jesus Christ sharing his final meal with the twelve apostles. Signed and dated in 1962, the oil on canvas draws inspiration from Francisco’s admiration of the colorful Mexican murals by artists such as Diego Rivera, Jose Clemente Orozco, and David Alfaro Siqueiros.

Staying on the subject of the Master, a masterfully carved “Santo Cristo” is also up for bidding. The 17th century carved ivory features natural aged patination, showing the figure’s head looking up to heaven, the integrated thick overlapping thorny crown deeply embedding it with unimaginably excruciating pain. His painted eyes are fully open, his hair carved as long curly strands, his mouth partially open. The cross is carved with grapes and foliage on interlacing vines, mounted on a base referencing the rocky hill of Golgotha.

Lovers of furniture design aesthetics will also find themselves drawn to the pieces such as the “Eames Lounge Chair” and a brand new “Nelson Marshmallow Sofa” from the Herman Miller Collection. There are also a distinguished trove of antique Philippine hardwood furniture such as the Pampanga master inlaid 4-post comoda made of narra and kamagong, a rare 20th century sacristy altar cabinet, a 19th century Crucifixion tableau in a virina and arch, as well as a serene 18th century ivory Crucified Christ. 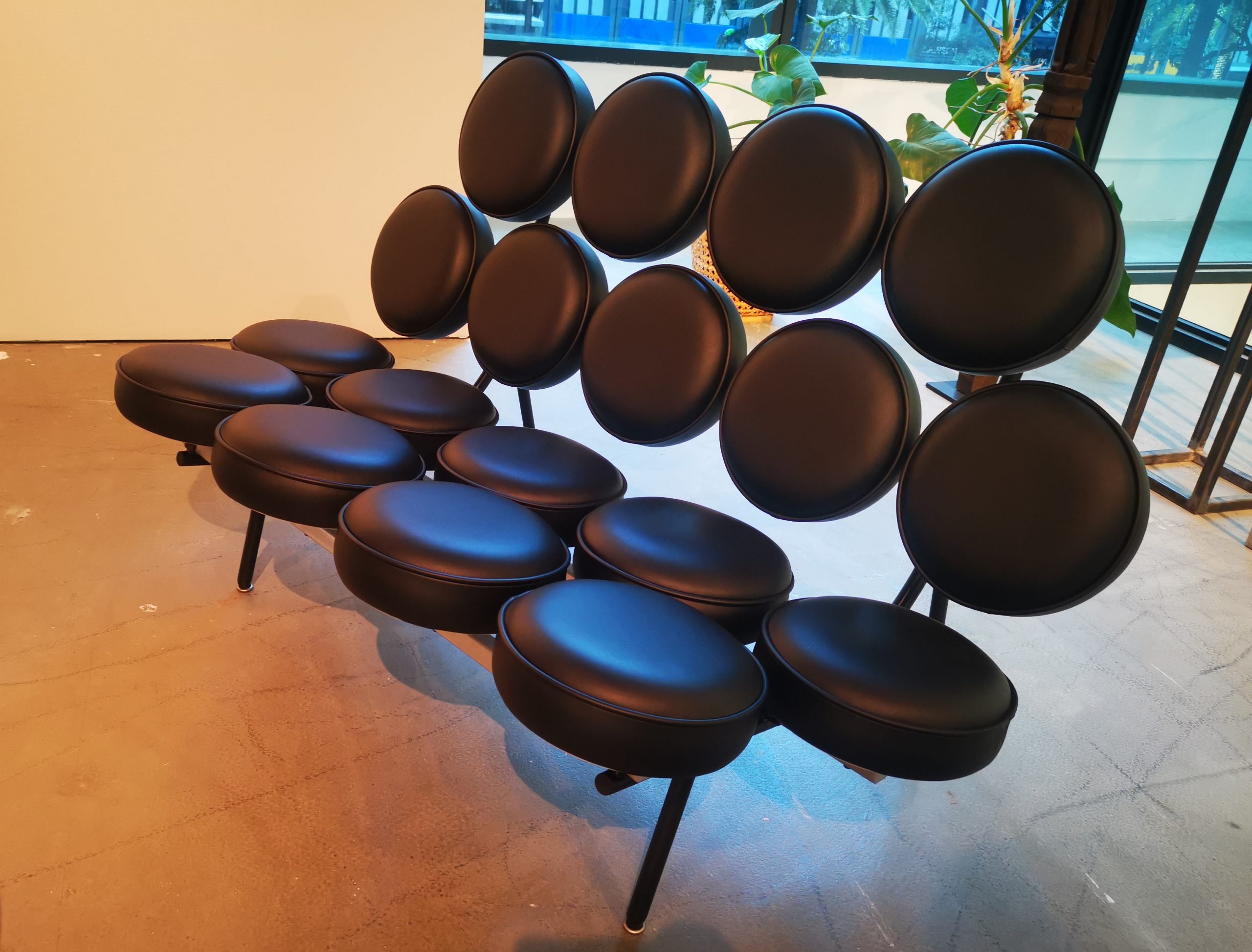 “The Well-Appointed Life” has proven time and again to be a much-anticipated auction by the country’s most esteemed collectors and art lovers alike. For the past seven years, it has raised curiosity and opened dialogue about society and the world. Providing aesthetic and intellectual solace and inspiration, this auction, which has become a date to mark on the country’s cultural calendar, is a ray of hope amidst today’s challenging realities.

“As clouds of uncertainty continue to hang over the horizon globally, it is comforting to see art bring hope,” says Richie Lerma, Salcedo Auctions Chairman. “As the Philippines’ premiere auction house, Salcedo Auctions has dedicated the past decade reminding all of us that there remains a silver lining.” 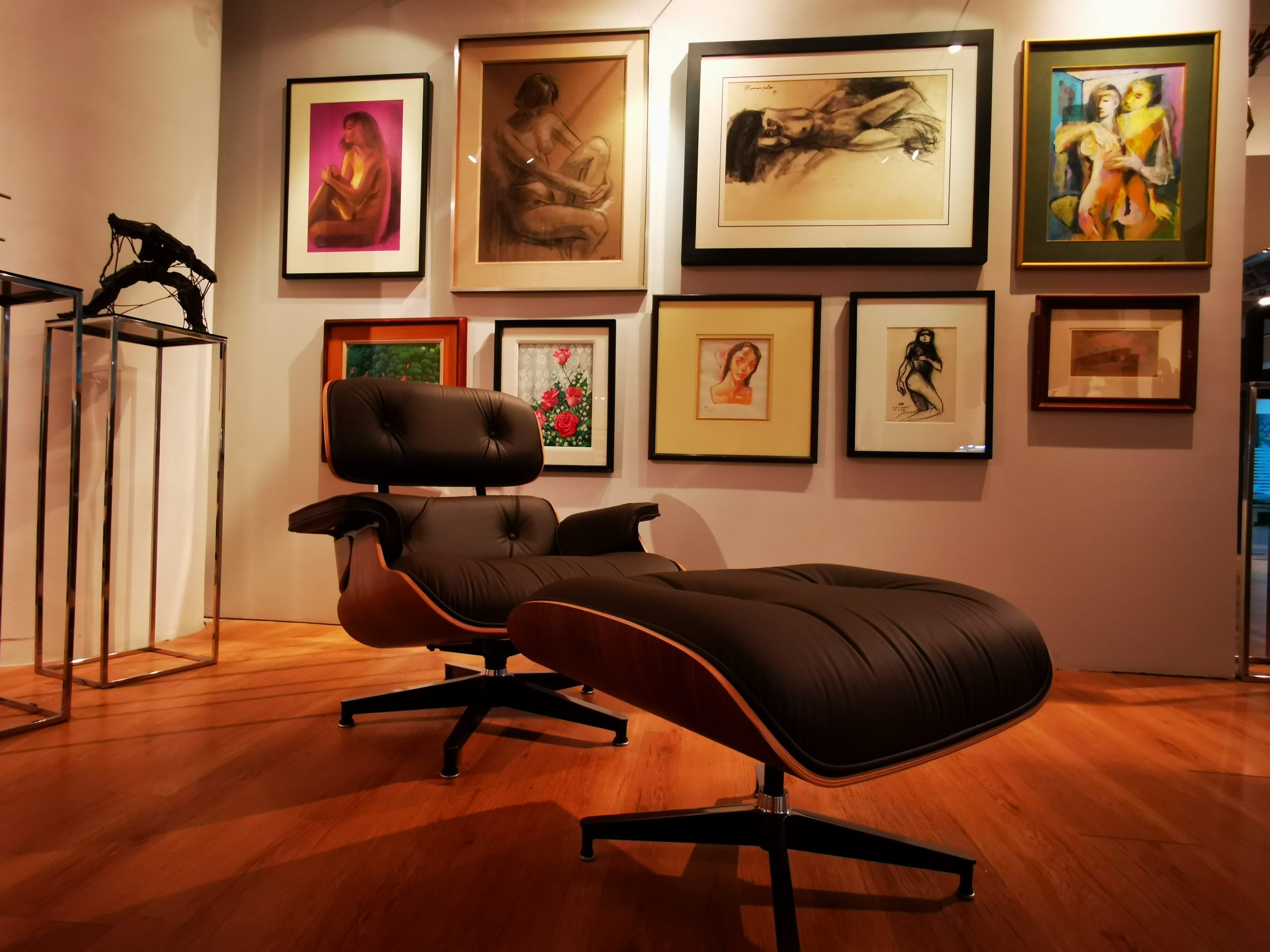 “The Well-Appointed Life” is scheduled simultaneously on Saturday, 18 September 2021 live at NEX Tower and online at 2pm.

This auction is co-presented by Exclusive Banking Partner HSBC Premier with the participation of Modern & Contemporary Design Partner CWC interiors. The online catalogue as well as the bid registration and venue of the online auction can be accessed via salcedoauctions.com. For inquiries, email info@salcedoauctions.com