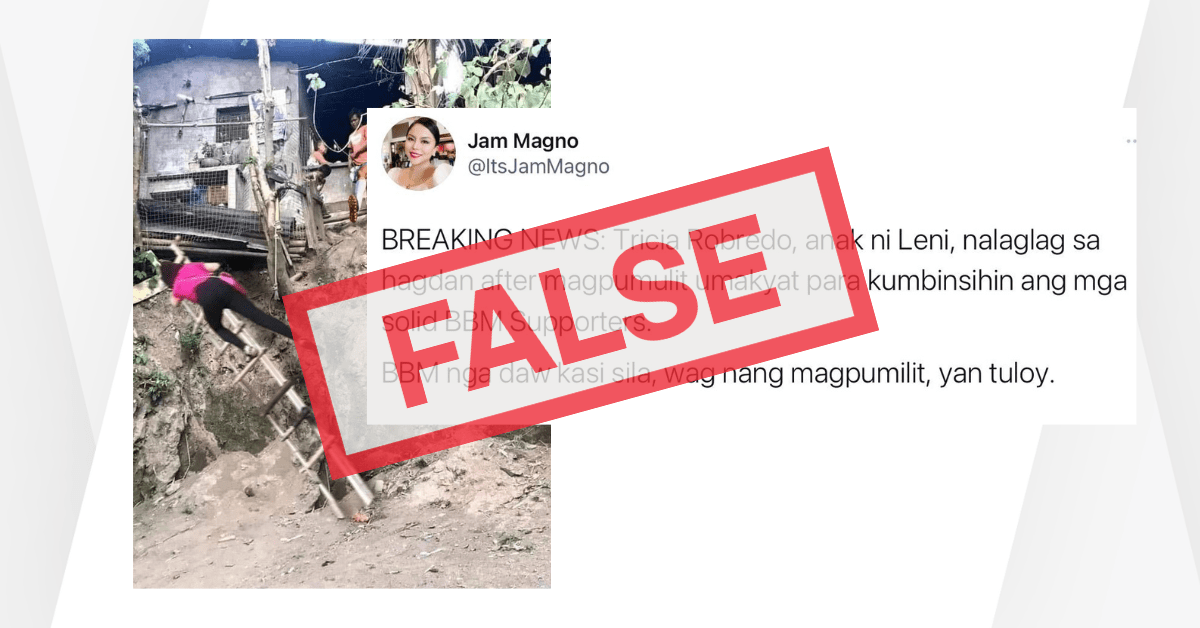 Twitter user @ItsJamMagno shared a manipulated photo of a volunteer falling from a ladder during a house-to-house campaign for Vice President Leni Robredo, and erroneously claimed it was Robredo’s daughter, Tricia.

The photo, posted on April 6, was manipulated. Two days prior, Facebook page Kabataang Kababaihang Katipunera posted an image of an unnamed volunteer trying to climb up a house using a wooden ladder.

@ItsJamMagno claims to be the “Queen of Facts” and “Empress of Satire,” but did not label her post as either factual or satirical.

A user commented: “I’m not a pro Leni but jam magno this kind of post is very uncalled-for behavior even if its true (but its look like not) u shouldn’t celebrate the misfortunes of others let’s be professional and civilized people.”