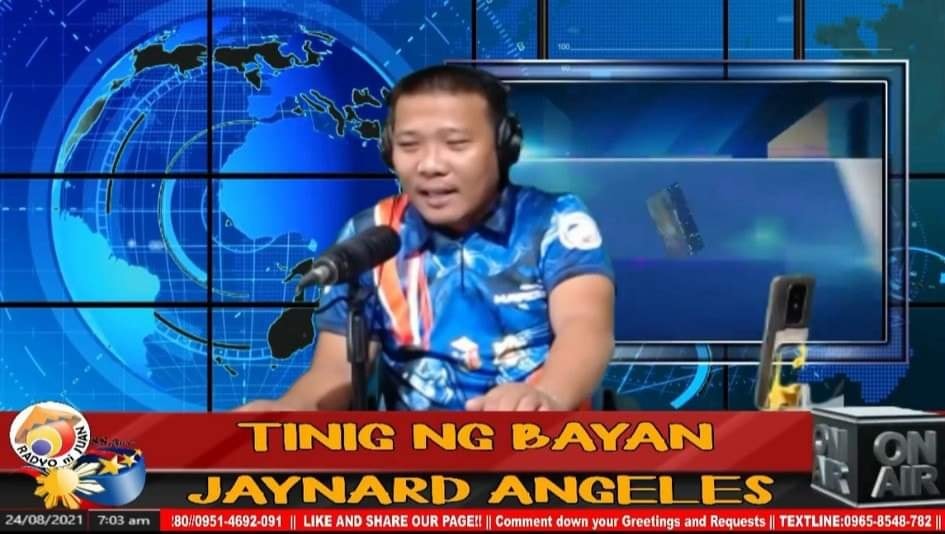 Jaynard Angeles, 35, a resident of Barangay Matiompong, Lambayong, Sultan Kudarat and commentator for Radyo ni Juan in Tacurong City was shot on the head Wednesday morning by two unidentified men riding a motorcycle while he was having his van checked at the Falle Auto Repair Shop in Barangay New Carmen.

Angeles died on the spot.

In an interview with Bandera News TV Cotabato, Tacurong City Chief of Police, PLTCOL. Joan Maganto said that prior to the murder, Angeles had received death threats. Maganto added that they are eyeing Angeles’ work as a radio commentator and politics among the possible motives for the killing.

According to Max FM, Angeles filed his certificate of candidacy for councilor of Lambayong, Sultan Kudarat under the Partido Federal ng Pilipinas of former senator Ferdinand Marcos, Jr. He previously ran for kagawad of Barangay EJC Montilla in Tacurong City. – Rommel F. Lopez