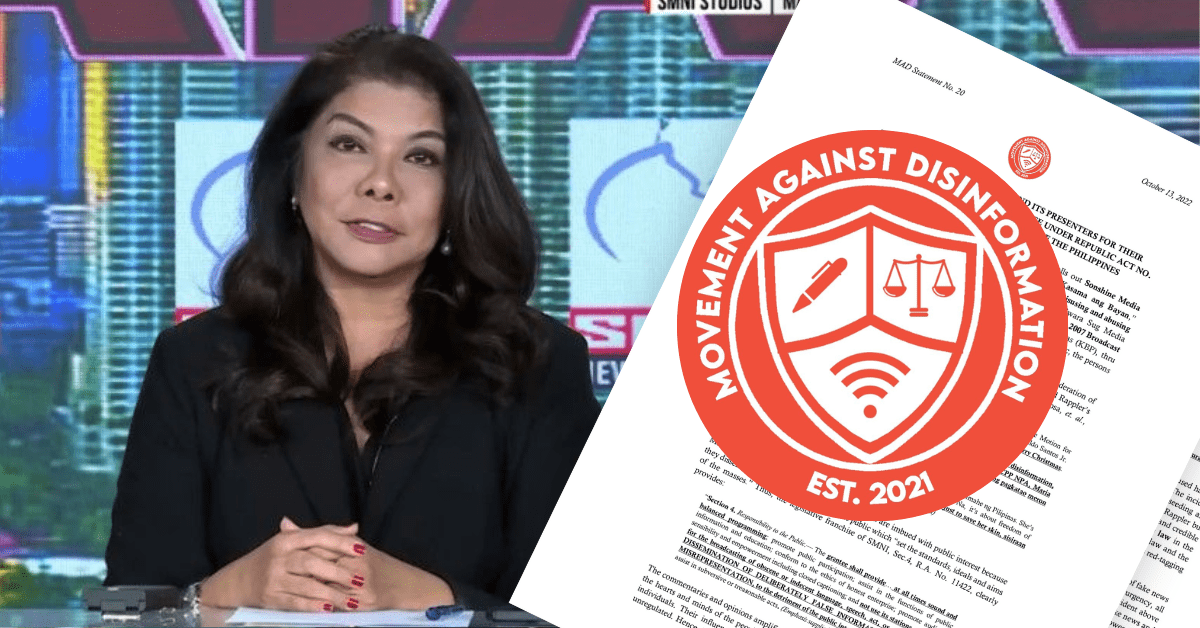 The Movement Against Disinformation (MAD) has called out Sonshine Media Network International (SMNI) for violating the Broadcast Code of the Philippines by blatantly red-tagging and attacking Rappler and its CEO Maria Ressa.

The non-partisan coalition said in a statement that the presenters of the SMNI program, “Laban Kasama ng Bayan,” accused Ressa of giving a platform to the Communist Party of the Philippines.

After the Court of Appeals denied the motion for reconsideration of Ressa and Rappler’s former researcher, Reynaldo Santos, Jr., Badoy-Partosa, Celi and Brando discussed the denial in their program and proceeded to attack Ressa and Rappler.

MAD pointed out that SMNI violated their legal franchise Republic Act 11422, Section 4, particularly the provision about a news company’s responsibility to the public to have “sound and balanced programming.”

“The incident above involving SMNI and its presenters is an indubitable example or active seeding and peddling of disinformation, which not only assaults the integrity of Ressa and Rappler but more importantly violates SMNI’s mandate to the public to be a fair, objective and credible source of news and information,” said MAD.

“SMNI and its presenters are not above the law in the exercise of their right to deliver information to the public.”