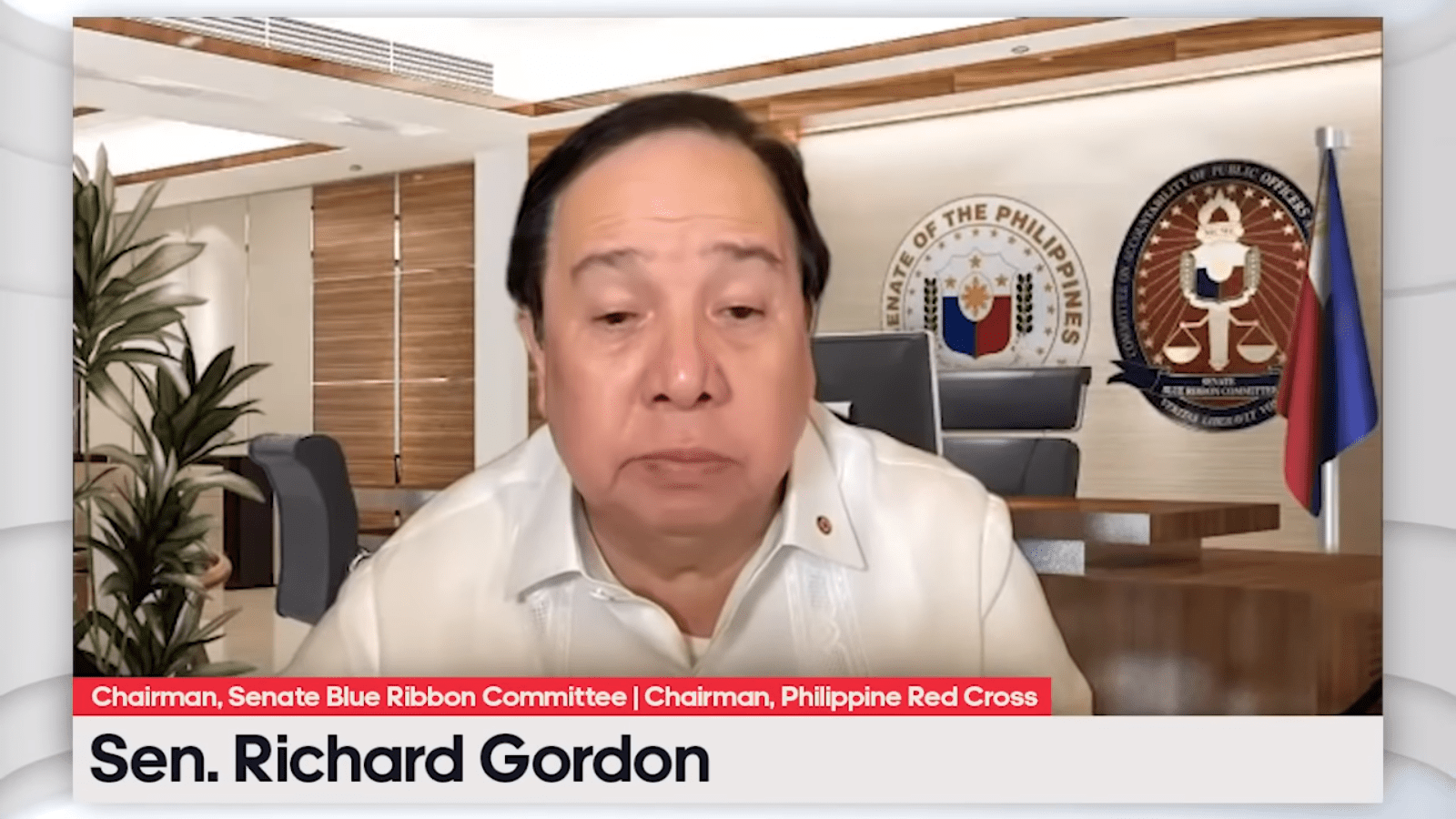 A proposed Senate inquiry regarding the Marcos’ family tax liability amounting to P203.819 billion has “nothing to do with timing.”

“It has nothing to do with timing,” Gordon said during an interview with ANC. “The public has the right to know whether taxes have to be paid and taxes have to be exacted. The government has enforced the law, otherwise people will stop paying taxes.”

It is the BIR’s responsibility to make sure that taxes are collected and those who fail to pay are punished, Gordon said.

“If somebody is playing tax evasion or tax avoidance or whatever, it is up to the BIR, which is the arm of the government, to make sure that they collect the tax properly and they enforce them against those who don’t pay taxes,” Gordon said.

Senator Imee Marcos questioned the timing of the probe calling it dirty politics since his brother, former senator Ferdinand “Bongbong” Marcos Jr., is running for president.

Court records show the Marcos family owe P23 billion in estate taxes but due to penalties it ballooned to P203 billion over the years. —  Ronald Espartinez