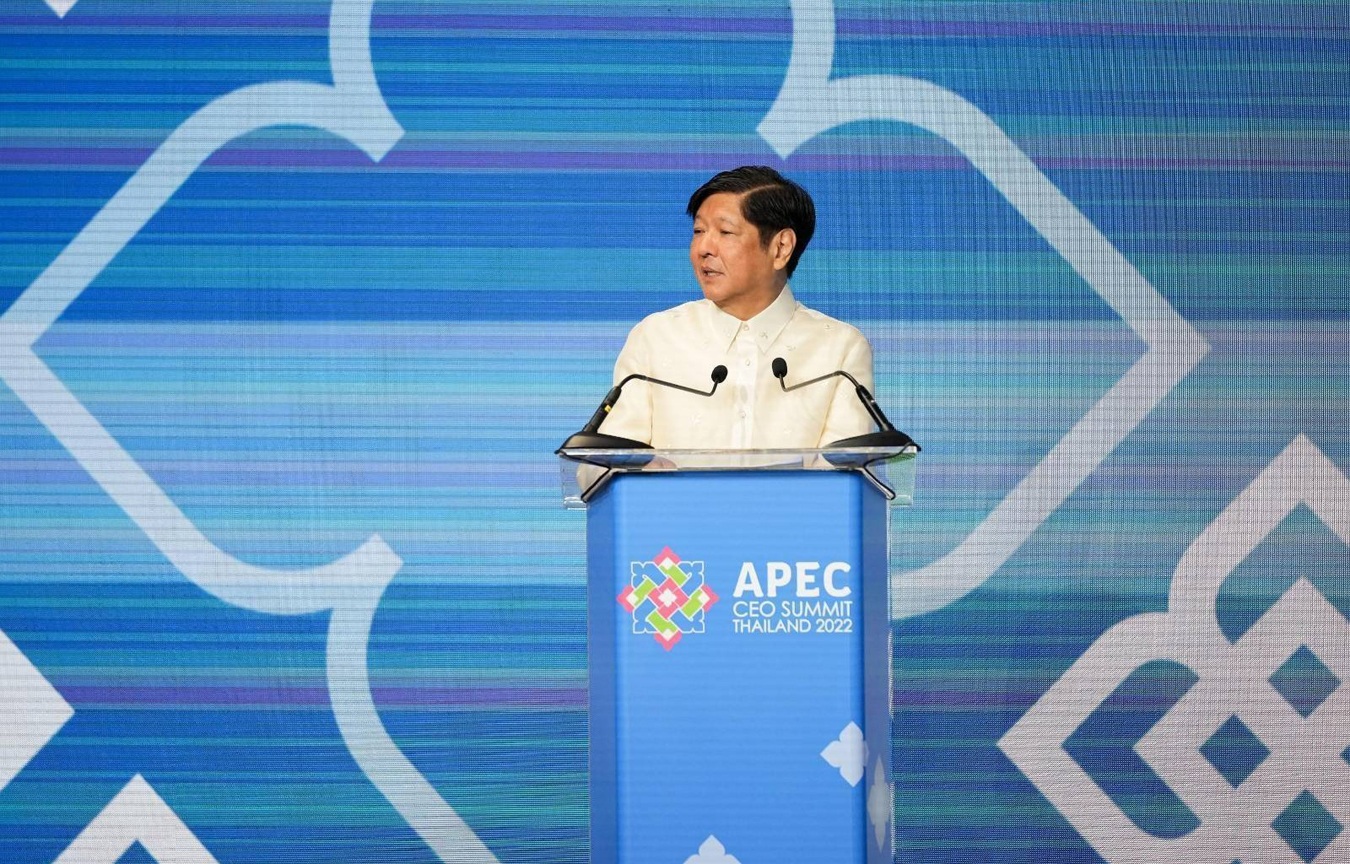 In his opening remarks during the Asia-Pacific Economic Cooperation (APEC) CEO Summit, the president said renewable energy would comprise 35 percent of the Philippines’ power generation mix by 2030 and 50 percent by 2040.

“As the energy demands of the modern global economy continue to expand rapidly, diversification into renewables and other sources is imperative. And to this end, the Philippines has prioritized hydrothermal, geothermal, solar power, wind power as well as other low-emission energy sources,” Marcos Jr. said.

Marcos Jr. called climate change the “most pressing existential challenge of our time” and said the world must engage in “stronger action” to fight it.

“Global agreements that seek multilateral and multinational solutions to the climate crisis, particularly the UN Framework Convention on Climate Change and the Paris Agreement, are there and they are in force, but not enough progress has actually been made, as emissions continue to rise,” he said.

“The Conference of the Parties, the COP 27 is in full swing, but stronger action is required,” he added.