PNP will not obey Duterte’s ‘shoot’ order vs quarantine violators 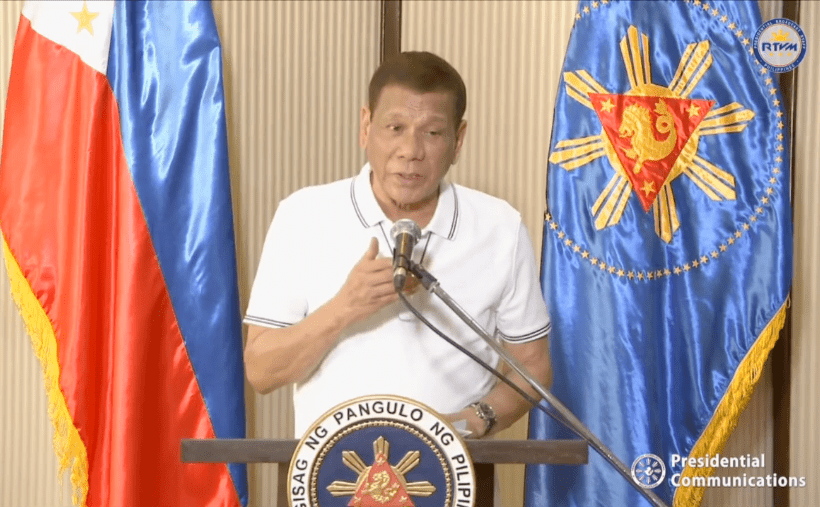 The Philippine National Police (PNP) said on Thursday that they will not follow President Rodrigo Duterte’s order to shoot troublemakers and quarantine violators.

Asked by ANC’s Christian Esguerra if the police would implement Duterte’s order, PNP Chief Archie Gamboa said the president ‘overemphasized’ the implementation of the law.

“Of course not, probably the President just overemphasized on implementing the law in this time of crisis. Of course not,” he said.

The PNP chief said the police force is mandated to enforce the law and that they know the sense of urgency in the president’s words.

“We see the strong message and I think all the PNP personnel understood it,” he said.

Duterte made the address just hours after a group of Sitio San Roque residents in Quezon City from protested along EDSA for what they claim are the lack of food assistance from the local government. They were later violently dispersed and arrested by the police for violation of the enhanced community quarantine.

Gamboa said that if the residents feel that they are not getting the assistance they need, they should not resort to activities that would violate local ordinances or national laws especially during the Luzon-wide enhanced community quarantine.

“Patience should be a virtue. He (Duterte) even assured that nobody is going to get hungry.”

The PNP chief said he has ordered the filing of charges against those arrested in the rally.

Videos of the violent dispersal of the rally went viral on social media with netizens and even celebrities expressing their disappointment online.

So sad and heartbreaking to see what happened today in Sitio San Roque. This is a wake up call for the government. The people really need you. Step up na tayo lahat para sa bayanihan. — Alex Gonzaga (@Mscathygonzaga) April 1, 2020

They need help now, more than ever. Gutom sila… they were left with no choice.. and I’m sure doing this for their own families that they have to feed.. Sana bigyan to ng pansin at agapan na kaagad ng gubyerno 💔 https://t.co/hOUvts0uzW