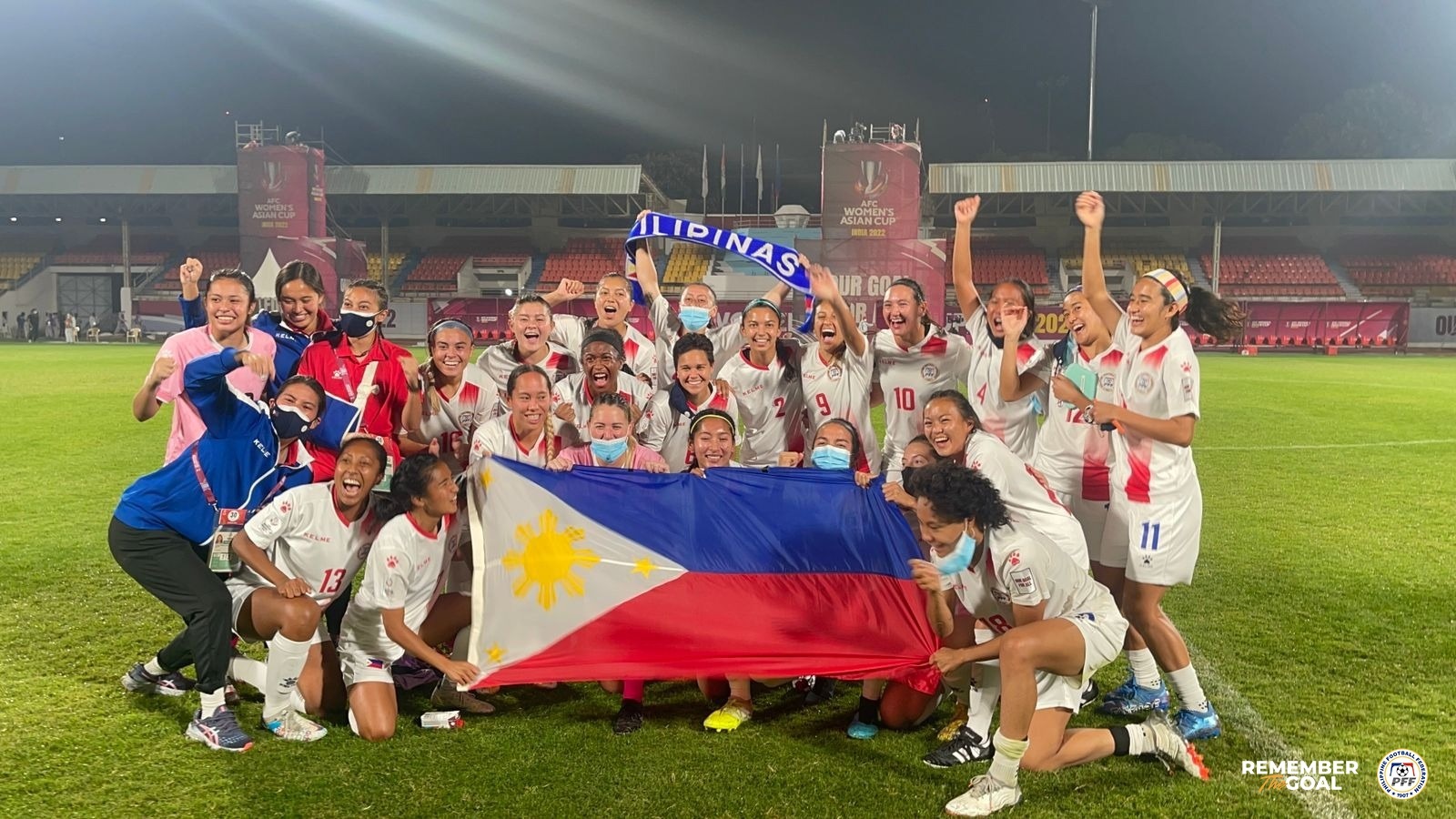 The Philippine women’s football team made history on Monday, qualifying for the first time ever for the FIFA Women World Cup after eking out a 4-3 victory over Chinese Taipei in the quarterfinals of the 2022 AFC Asian Women’s Cup.

The win came via penalty shootout.

The Philippines are heading to their first ever Women’s World Cup! 🇵🇭👏 pic.twitter.com/RqjMTR24Zf

The game was tied, 1-1, from the 83rd minute until extra time expired, prompting a penalty shootout in which the Philippine team won four goals to three.

Historic. The Philippines are through to the semi-finals for the first-time ever and seal their 2023 #FIFAWWC berth after defeating Chinese Taipei on penalties!#WAC2022 | #TPEvPHI pic.twitter.com/zRyBQipBQ0

The win gave the Philippines its first FIBA ticket in history in either the men’s or women’s division.

“We won our first-ever Olympic gold medal in Tokyo last July—adding two silvers and one bronze—and then this in football. Filipino athletes have been leveling up and are putting the country prominently on the world sporting map,” he said.

The FIFA World Cup will be held in Australia in 2023. John Ezekiel J. Hirro