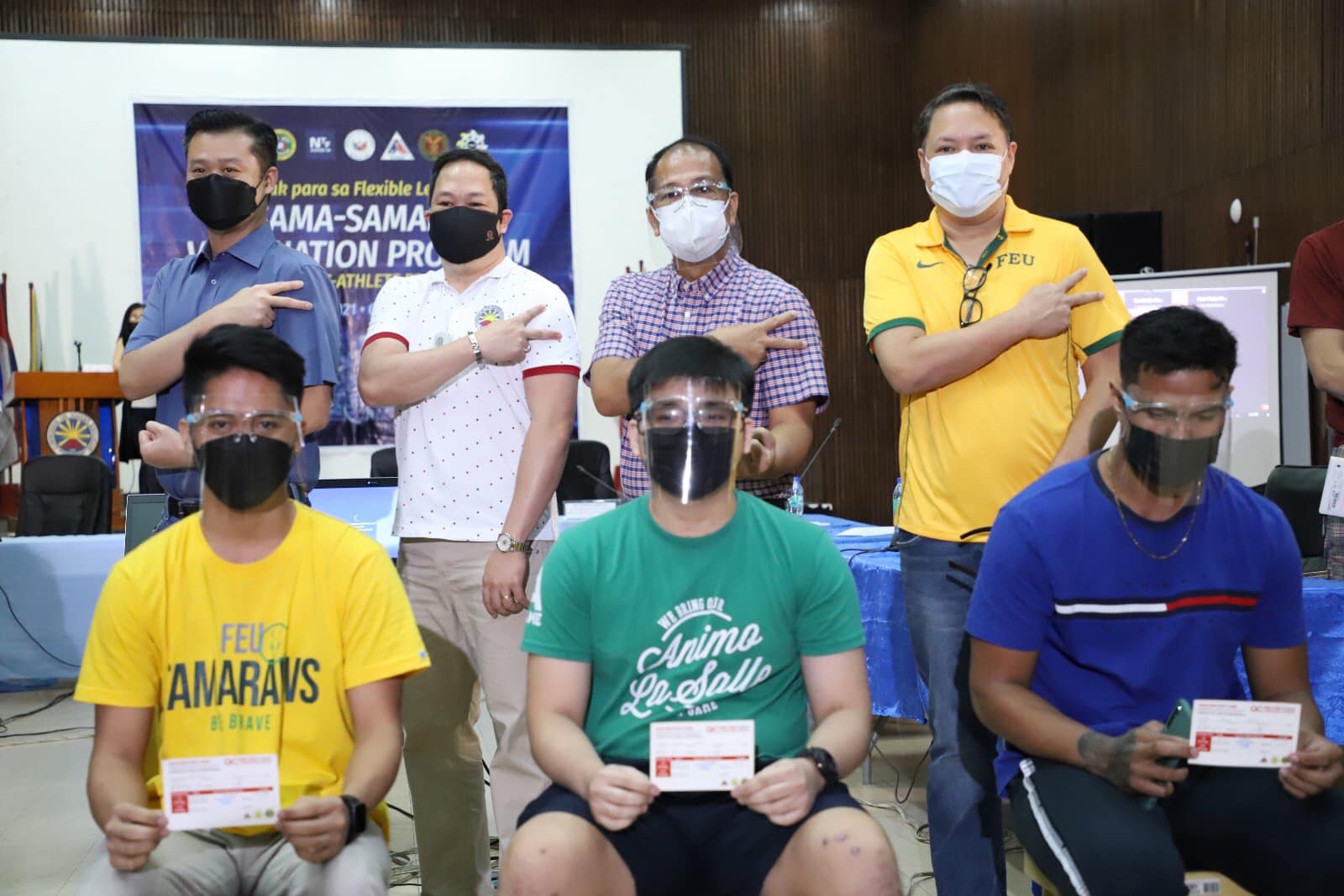 The Philippines on Wednesday launched its vaccination drive for student-athletes at the University of the Philippines-Diliman, just days after it opened its inoculation program to minors aged 12 to 17.

De Vera said the government would inoculate more student-athletes in the next days, after the National Task Force Against Covid-19 pledged to allocate vaccine supply to them.

The ceremonial vaccination was limited to UAAP athletes, but de Vera said athletes from the NCAA would also receive jabs.

“As for our basketball and volleyball, all of our players are 100 percent fully vaccinated. They’re ready to come back. We’re just waiting for the permission for them to return to training,” Calanog said.

“Our hope is that the approval for return to training will be soon so that we can get them back into training by Nov. 1. We have three and a half months for them to train to get back in competition shape to be able to start by mid-February,” he added.

The UAAP is planning to start its 84th season with basketball, while volleyball games are being eyed after Holy Week. John Ezekiel J. Hirro