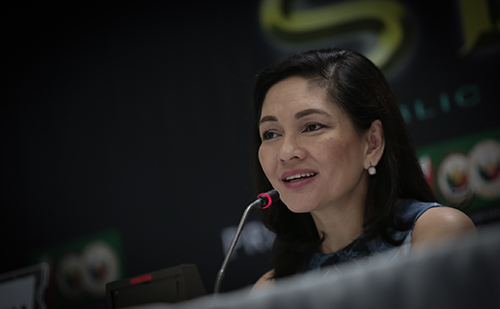 In reparation for the destruction of reef ecosystems caused by China in the West Philippine Sea, Senator Risa Hontiveros demanded on Wednesday that the Chinese government cover the costs of the Philippines’ COVID-19 response.

In a report by the Asia-Pacific Maritime Security Strategy, China’s land reclamation operations in the West Philippine Sea have begun since December 2013. Losses incurred by the Philippines due to the damaging of ecosystems in over 6 years could likely amount to over Php200 billion, an amount that could have been used instead to fund health and economic plans amid the COVID-19 pandemic, Hontiveros said.

Citing the breakdown of costs reported by the University of the Philippines’ Marine Sciences Institute, Hontiveros added that the coral reef destruction in Scarborough Shoal and the Spratly Islands is equivalent to at least Php 33.1 billion in annual losses, adding to other economic and health costs of the Philippine government.

The senator also emphasized that China’s reclamation operations and illegal fishing activities are still underway in the West Philippine Sea despite the pandemic, once again adding to the Philippines’ annual losses.

“The government already has a huge budget deficit because of COVID-19. China’s ongoing disregard for our own resources will worsen our economic standing. The government should demand what is rightfully ours and use this to help the Filipino people battle COVID-19,” she said.

In response, the Chinese embassy rejected the Senator’s demand, calling it a “selfish, political” tactic.

“At this trying time, it is ridiculously absurd and irresponsible to make such remarks for the sole purpose of catching eyeballs and for selfish political gains,” the embassy said.

However, Hontiveros shot back at the embassy Thursday saying she will not take her word.

“My previous statement stands: China must pay at least 200 billion pesos in reparations for the damages it has caused in the reef ecosystems for the past 6 years in the West Philippine Sea,” she said.

Hontiveros stressed that the payment for these reparations can be used by the government as health and economic assistance amid the COVID-19 crisis.

Demand for unpaid taxes from POGOs

In addition to this demand, Hontiveros also said that the Php 50 billion unpaid taxes from the Philippine Offshore Gaming Operators (POGO) should be collected to fund the country’s COVID-19 response in order to strengthen the healthcare system, increase relief aid to low- and middle-income families, and aid the country’s recovery after the pandemic.

“POGOs are just not worth it. There are essential and non-essential industries under the Enhanced Community Quarantine. POGOs join a third category that we might call ‘less than non-essential,” Hontiveros said, suggesting a reassessment of allowing POGOs to operate after the lifting of the lockdown.

Early this year, numerous investigations have been conducted among POGOs for involvement in various crimes such as tax evasion, corruption, and sex trafficking, the Senator added.

Reports show that almost 2,000 foreign POGOs work without the required Alien Employment Permit, while over 4,000 have been discovered to use an identical Tax Identification Number. It was also alleged that the ‘pastillas’ scam within the Bureau of Immigration involved the offering of VIP services to POGO workers entering the country.

Hontiveros said that “the government should not open itself to other problems that POGOs bring,” stating that government efforts are currently focused on containing the COVID-19 pandemic. (Jillian Mikaela T. Lopez)