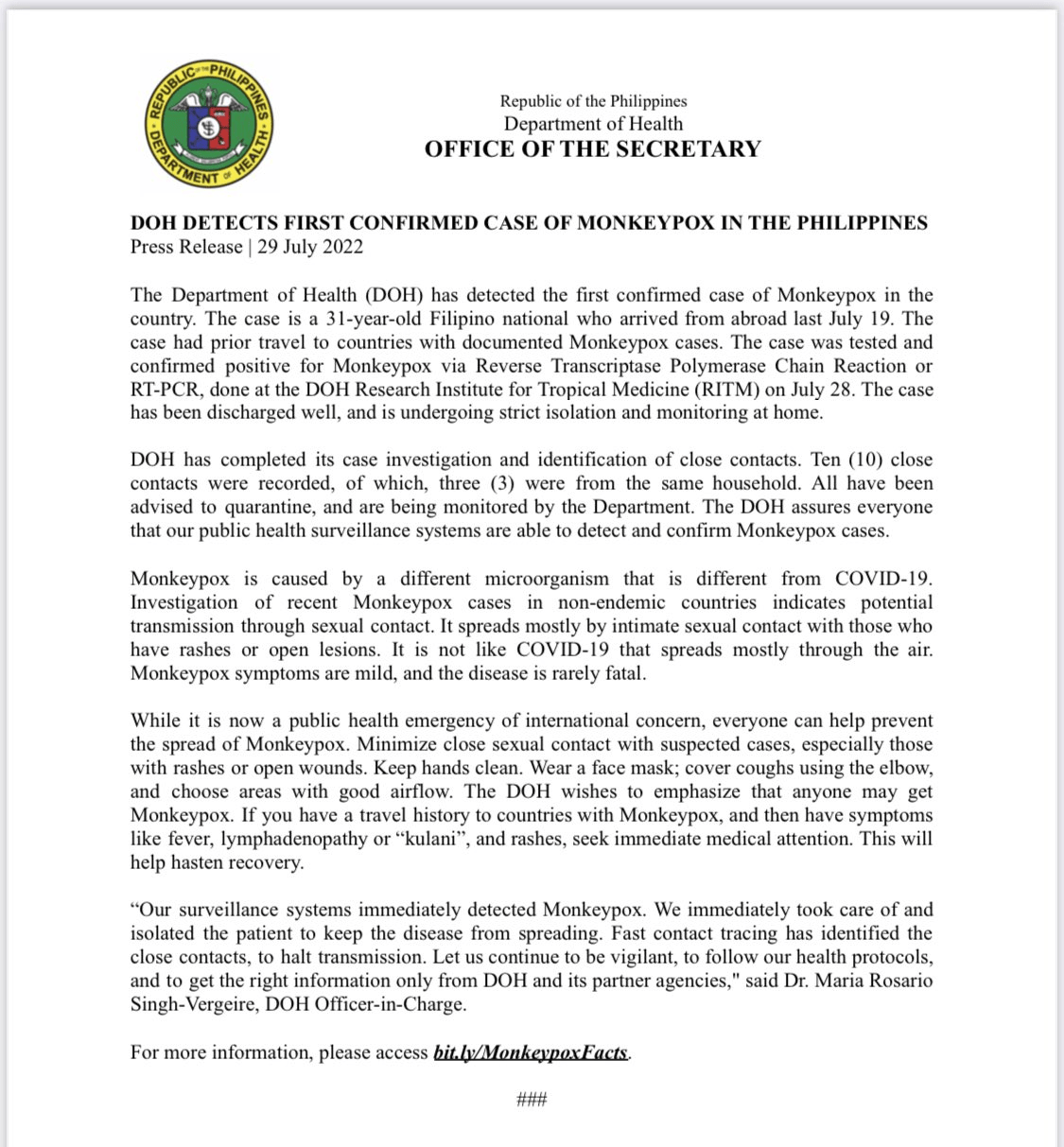 The Philippines posted its first case of monkeypox, the Department of Health (DOH) said on Friday.

Health Undersecretary Dr. Beverly Ho said during a Malacañang briefing that the patient is 31 years old. She did not disclose the gender as well as other details about the patient.

She said the patient arrived in the country on July 19. The patient had prior travel to countries with reported monkeypox cases and was only tested for monkeypox on Thursday.

“The case has been discharged well and is undergoing strict isolation and monitoring at home,” Ho said, adding that the DOH has found 10 close contacts of the patient.

“No symptoms for the current close contacts, that’s why they’re all on (sic) quarantine, they’re being observed,” Ho said.

“All have been advised to quarantine and are being monitored by the Department,” she added.

“The DOH assures everyone that our public surveillance systems are able to detect and confirm monkeypox cases.”

Ho asked people with travel history in countries with reported monkeypox cases and are exhibiting symptoms of the disease to seek immediate care.

The Agence France-Presse explainer stated that the first symptoms of the disease include fever, headaches, sharp muscle pains, fatigue, a rash, as well as swollen and painful lymph nodes.

On July 23, the World Health Organization declared the monkeypox outbreak as a global health emergency. It has already affected almost 16,000 people in 72 countries as per US Centers for Disease Control and Prevention (CDC)’s tally.