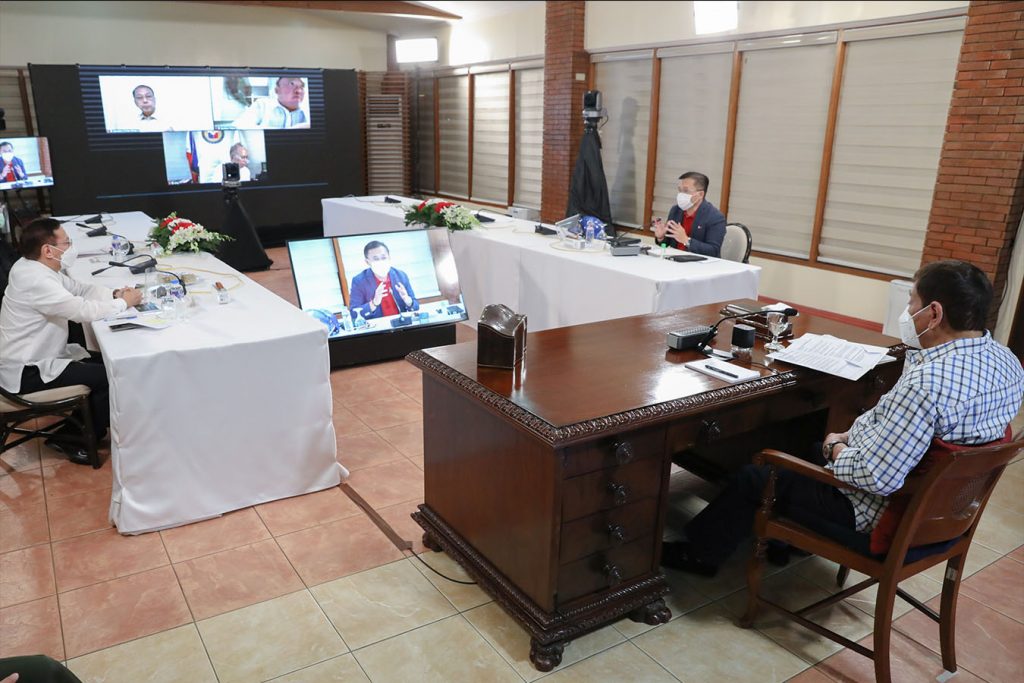 Duque said AstraZeneca vaccines are administered in two doses between a three-month interval.

Because the country is expecting more AstraZeneca doses to arrive from March to April, Duque said the 525,000 available doses could be used to inoculate more health workers.

Galvez said the World Health Organization, through its representative to the Philippines Dr. Rabindra Abeyasinghe, had recommended distributing all available doses to expedite the vaccination drive.

Duterte said he was concerned about distributing all on-hand vaccines as the next shipment of AstraZeneca vaccines may not arrive on time.

“The problem is sabihin mo the second dose would come from the future deliveries, okay ‘yan. Ang problema, ang next problem is baka hindi dumating,” he said.

Meanwhile, for the Sinovac vaccines, Duque said the available vaccines would be allotted as second doses since the vaccine requires only a 28-day interval between the first and second jabs. John Ezekiel J. Hirro