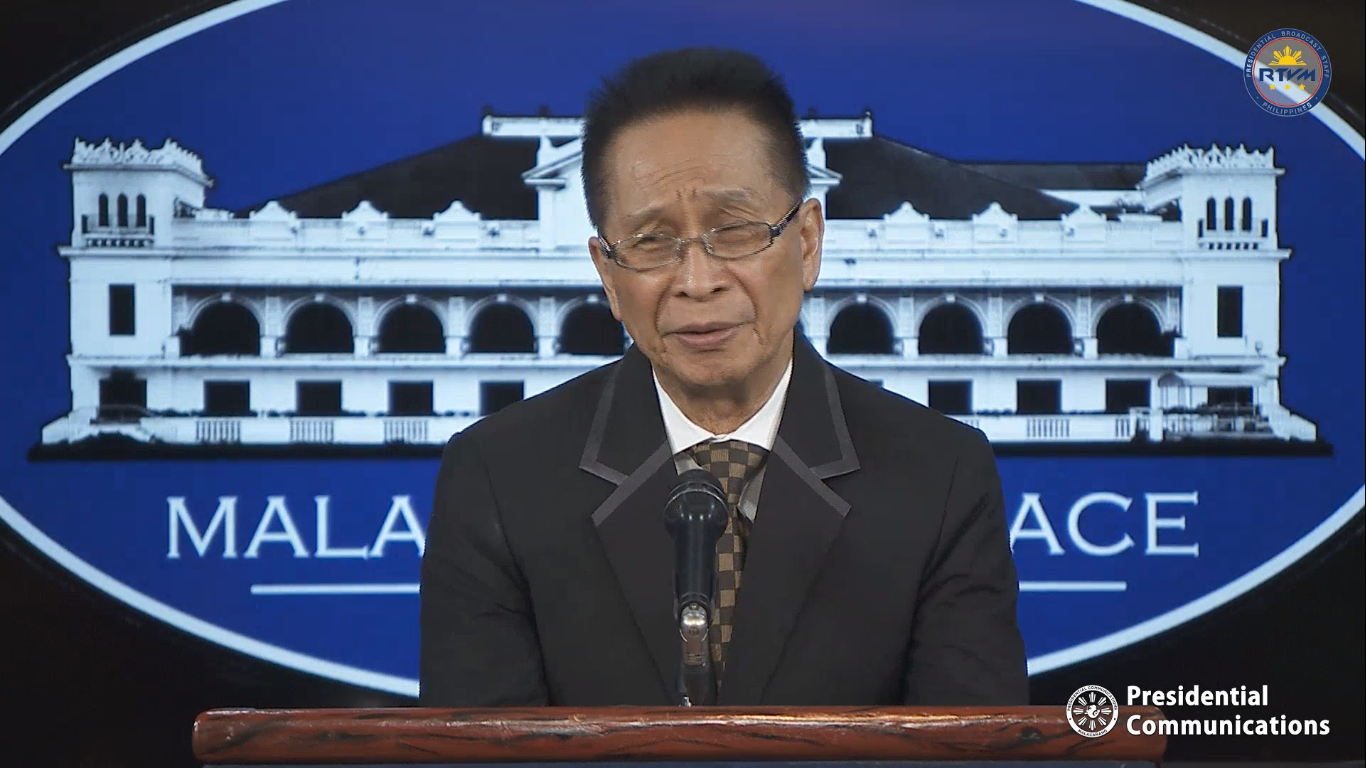 Just a joke. That is how Malacañang defends President Rodrigo Duterte’s statements that he ordered the ambush on former Daanbantayan, Cebu Mayor Vicente Loot last year.

Presidential spokesperson and chief legal counsel Atty. Salvador Panelo clarifies that the the Chief Executive was only joking when he said he ordered the ambush on Loot.

But in previous interviews, Panelo attributed it to the President misspeaking in the Filipino language. Panelo explained that the President, who hails from Mindanao, had misspoken the Tagalog language when he said “Inambush kita, animal ka, buhay pa rin.”

“Let us be clear and categorical: The President did not order the ambush of Gen. Loot,” he said.

His former aide, Sen. Christopher “Bong” Go, has another interpretation describing that it is a warning from the president.

“‘Let the people decide’. That’s what he said. Then they said that it was only a joke. So, the public will judge. At this time, we can’t do anything. He is the President.” she said in a statement.

But other lawmakers at the House of Representatives believe the president was true to his words and was not joking.

In a statement, Kabataan Partylist’s Sarah Elago expressed her dissent towards Panelo’s defense. “The President admitted it, but the Palace spokesperson still denied it,” she said.

“People in Malacañang either have a hearing problem or a comprehension problem,” Arlene Brosas of Gabriela Partylist stated.

Act-Teachers Partylist Rep. France Castro the Philippine National Police should take the President’s statement seriously especially since those behind the ambush have yet to be caught.

Loot survived the ambush but four others were injured in the 2018 attack.