P7.4 B science scholarship budget to include PhD, MA students 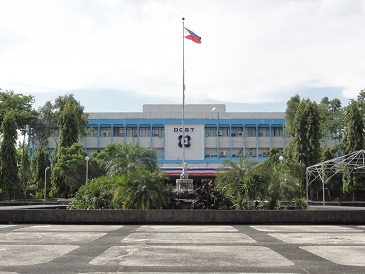 The proposed 2020 National Budget includes the funding of the studies of 44,475 science scholars amounting to P7.4B which Senate President Pro Tempore Ralph Recto calls funding part of the “national talent pool the country needs to win the future,” said.

Recto noted that the problems the nation confronts today from health to agriculture and traffic “can only have science-based solutions.”

“We have to train the knowledge workers who will fix these, and the ones that would come after, including existential challenges, like climate change,” he said.

Training future leaders of the country in science and technology can help us “science our way to the future,” he adds.

The budget for the education these PhD and Masteral scholars are lumped together with the budget for the scholars of the Philippine Science High School (PSHS) and the Science Education Institute (SEI) which accounts for more than one-third of the proposed P20 billion budget next year of the Department of Science and Technology (DOST), which administers the “menu of scholarships”.

There are currently 6,191 doctorate and masteral students under the program and 28,900 undergraduate students and the 9,384 students in the 16 campuses of the PSHS System.

Separate from other government tertiary education financing programs bundled under the Universal Access to Quality Tertiary Education, the DOST scholarship programs are ran by two agencies: the SEI, which handles all college and graduate programs, with a proposed 2020 budget of P4.74 billion, and the PSHS, which has a proposed budget of P2.6 billion.

Recto said the generous financial aid – “which must be periodically adjusted to inflation” – that comes with the scholarship should attract the best and the brightest to pursue STEM courses. (Rommel F. Lopez)