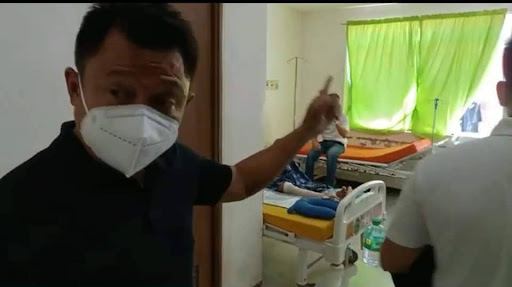 During the visit, patients complained to Teves of the heat in the rooms due to busted air condition units of the hospital.

Following their inspection, Teves said he allocated P11 million to install new air conditioner units in all the rooms at the NOPH to make it “convenient” for Negorenses. He, however, did not specify where he would source the funds.

Last month, Teves’s family personally funded the drilling of a deep well within the hospital compound as a free source of water for the hospital after discovering that it has a limited supply needed for its day-to-day operations.

The governor has also ordered an investigation over sacks of rice from the National Food Authority (NFA) reportedly fed to patients that are already unfit for human consumption. Sacks of premium rice have since been purchased and supplied to NOPH by orders of the governor instead of NFA. – Ryan Sorote