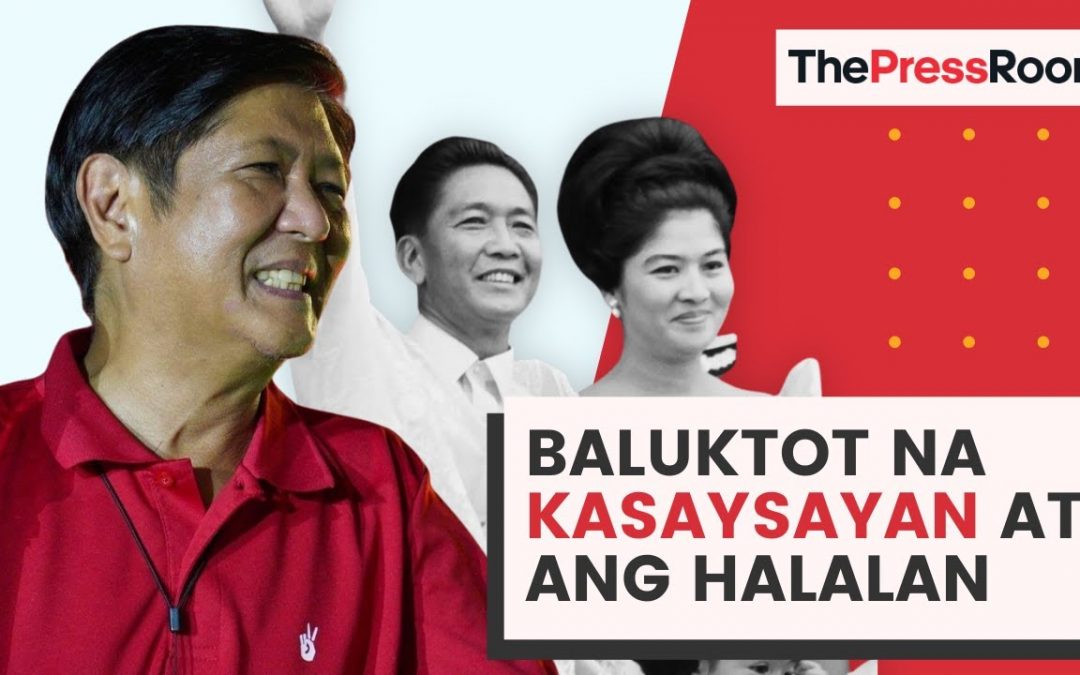 PressONE.PH is a news and information website covering the Philippines for the Filipino and global audiences. Our mission is to provide OPINION and NEWS that EMPOWER readers and help make sense of the digital and interconnected world…

Marcos should watch his back. The military has no more appetite for adventures but the seeds of discontent have been sowed. Marcos could reap a rotten crop.

Thief in the night

Army Lt. Gen. Bartolome Vicente Bacarro, appointed as the Armed Forces chief of staff only five months ago, was removed from his position unceremoniously and without any explanation last week.

It was a complete waste of time. It was purely a symbolic exercise to show that the two countries have good and friendly relations.

It was a disastrous New Year’s day for civil aviation. Authorities could not fully explain why and how it happened. The initial explanation from the government was totally unacceptable.

Diosdado Macapagal dies in his daughter

It is time to contrast Gloria Macapagal Arroyo with the norm against the Marcos dictatorship that her father had left us.

It would seem that the Commission on Audit is one of the handful few not afraid of Duterte vengeance. And this time they have done it again for daughter Sara when she was mayor of Davao City. It certainly was not her first time to be red-flagged.

A deputy surgeon general who comes from the world of EJKs?

Reconcile, if you can, the illogicality of having somebody who once helmed Rodrigo Duterte’s extrajudicial killing sprees being appointed as undersecretary of the cabinet branch tasked to save lives.

Red tagging thrives when power does not reside in the people.

These resolutions scare the chitterlings out of me. Honestly. The writing life isn’t exactly a walk in the park.

AI art is ‘fake art’ or F-ART, nothing more

I’m no gizmo whiz. But if there is one thing I understand about artificial intelligence, it is this: Algorithmic extrapolation can hardly qualify as artistic inspiration.

Decriminalization of libel: We must act now!

It’s 2022, humanity should’ve matured by now, leaving behind laws that are not only draconian, but primitive. Are we to remain as cavemen?

We need to talk about dangerous drugs

We cannot rely on simplistic plotlines to address a superfluously complex socioeconomic phenomenon. But we must begin somewhere, and a scientific narrative is a good place to start.

Now that Alaska is set to leave the PBA and is on an emotional farewell tour, it has awakened a scoring giant who has been waiting to be unleashed. Now better than ever, the former King Stallion and King Archer has new weapons in his arsenal and is ready to take over.

Who is St. Thomas More?

Very little is known about St. Thomas More, the patron of statesmen and politicians as declared by Pope John Paul II in the year 2000. He lived a very inspiring life and is a model of firmness of conscience to the end.

Bridging the gap: Faith into action

I recall a question articulated by our former Vice President Emmanuel Pelaez many years ago.

Looking at Elections from the Eyes of Faith

We have been taught in CFC to live out our faith, to consider our faith as an integral part of our being, not merely as a separate compartment of our life.

Black clouds signify dark and even stormy times are coming.

Fasting: A Discipline of Lent

Fasting now is a growing trend, but for different reasons.

Martial Law: Never Again or Oh no, Not Again!

Never Again! This has been our mantra every time we commemorate the declaration of martial law that started the dictatorial rule of Marcos which lasted over thirteen years.

“I have returned to join the ranks of those struggling to restore our rights and freedoms through non-violence.” This was part of the statement Ninoy Aquino wanted to deliver upon his arrival from exile thirty-six years ago.

The culture of death and social sin

We find ourselves living in a society where killing and corruption have become normal.  People don’t even consider these as sin. What is happening can be described as the “culture of death” – a term used by Pope John II in his encyclical “Evangelium Vitae.”

Are Filipinos that forgiving or are we simply forgetful?

Living the ‘holiness of normality’

At an age when people, especially millennials, seem to seek personal fulfilment through high-profile accomplishments, one woman has just been recognized as a model of sanctity through devoting her life to teaching chemistry—without fanfare.

How do we solve the problem of Duterteeeeee?

The page you requested could not be found. Try refining your search, or use the navigation above to locate the post.

Between the good and the best

In a recent piece online, I wrote of certain groups that are trying to use the Philippine Catholic Church to work for or against certain presidential candidates in the May 9 election. This, I said for the nth time, is contrary to the express teaching of the Catholic Church.

Cleaning up the mess

The 2022 Philippine presidential campaign has so polarized and divided the nation that whoever wins on May 9, the task of unifying and rebuilding the socio-political, economic order will have to take first priority.

Since the 90-day official presidential campaign period kicked off in February, Filipinos have been treated to a series of presidential “debates.” These are but media forums, rather than “debates,” strictly speaking, for a “debate,” as we know it, is a formal public discussion in which two opposing sides argue against each other the validity or invalidity of a particular proposition.