‘One and Done,’ and what bothers the Green Archers 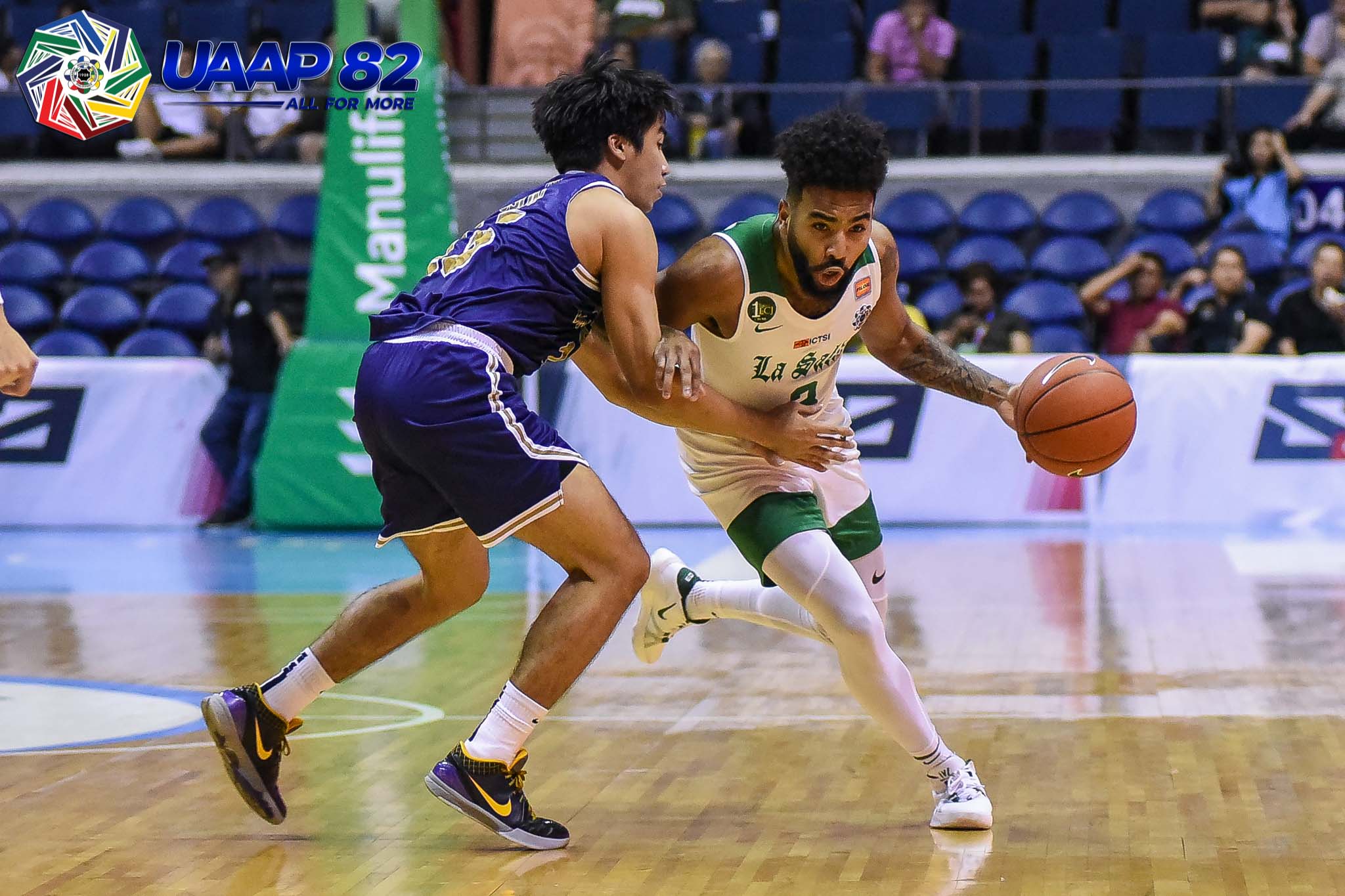 Before the 82nd UAAP Season kicked off with the Men’s Basketball Tournament, this writer expressed in a previous article his objection to the new trend in recruitment, which is to invite players, especially those overseas with Filipino lineage, who had obtained their college degree and used up their playing eligibility, to play one year in the UAAP while being enrolled in a master’s degree program. It clearly bastardizes the educational system while going around the rules. It’s legal yes, but not moral.

This season, the De La Salle Green Archers were at the forefront taking advantage of such rule, bringing in talents like Jamie Malonzo (Orme) who was touted by scouts to be a shooter, James Laput of Australia, and Keys Meeker. So how’s the supposed impact players of the Green Archers creating impact? Are they playing above or below expectations?

Of the three, only Jamie Malonzo has created quite a stir, posterizing Thirdy Ravena off a fastbreak play on an and-one dunk. A highlight play was transformed in to memes by netizens and gave hope to the Lasallian faithful that their savior had arrived, after Taft lost the crown to the now back-to-back champions Ateneo de Manila Blue Eagles. In six games in the first round playing on an average of almost 30 minutes per ball game, Malonzo averages a team-high 14 points per ball game (tied with lanky big man Justine Baltazar) on 37.8% FG shooting. As for being highly touted as a shooter during the pre-season, Malonzo’s snipping from the parking lot leaves much to be desired, shooting only a lowly 10/29 (34.5%) from beyond the arc. Seems this kid is a one-dunk wonder.

Keys Meeker has hardly been a factor if we look at the numbers (they don’t lie). Through four games, Meeker, who traces his roots from Leyte, can only cough up 2 points per ball game. In terms of efficiency rating he has a -34 +/-,  meaning he’s the most inefficient statistically among the Green Archers.

We can’t comment on Laput, who has yet to play a single game.

What bothers the campaign of the once mighty De La Salle Green Archers? I sat down with Meralco spokesman Joe Zaldarriaga, who is a proud Lasallian and also a keen basketball observer. According to him, three things bother his beloved Green Archers: under-performing recruits, bad coaching and lack of defense.

The first reason was already discussed earlier. Aside from the under-performing one-and-dones, other highly touted recruits such as Tyrus Hill and Kurt Lojera from the Adamson Soaring Falcons are also struggling to find their groove and be able to contribute to the cause of the Green Archers’ redemption of lost glory.

Notably missing in the discussion is former NCAA Season and Final Most Valuable Player Joel Cagulangan, who made a cameo appearance this season (three games) and has spent most of the time sitting on the bench. He is averaging more high fives than doing what he does best, which is creating plays for his teammates just like what he did for the La Salle Green Hills Greenies. It will not hurt the team if someone like Cagulangan, who knows how to win will slowly, is inserted into the regular rotation. Remember, what can’t kill you can make you stronger.

Active consultant Jermaine Byrd might had underestimated the opposition in the UAAP when he assumed the role. Looking back, former head coach Louie Gonzales should’ve not been replaced. He could be the best teacher and mentor these young turks, who need to be transformed into mature basketball players and human beings looking at the big picture. That loss to UE in the first round will really haunt them come the homestretch of this year’s campaign, because of bad coaching decisions.

Aligned to that is the lack of defense. The Green Archers rank fifth in points allowed (75.43 per ball game). Zaldarriaga pointed to the lack of a defensive guy in the roster, a role something Vincent Joshua David, formerly of La Salle Greenhills, could fill in if he was not cut before the tournament began. Also, the likes of Willy Wilson and Adonis Sta. Maria who continued the tradition of effective defensive guys from Taft. Someone has to embrace doing the dirty work.

That said, Zaldarriaga hopes for a better showing of his beloved Green Archers in the second round. He hopes that we can learn from what we see from the one and DONES. So far, they are already DONE in the first round.