No deal with Mislatel – NOW Telecom 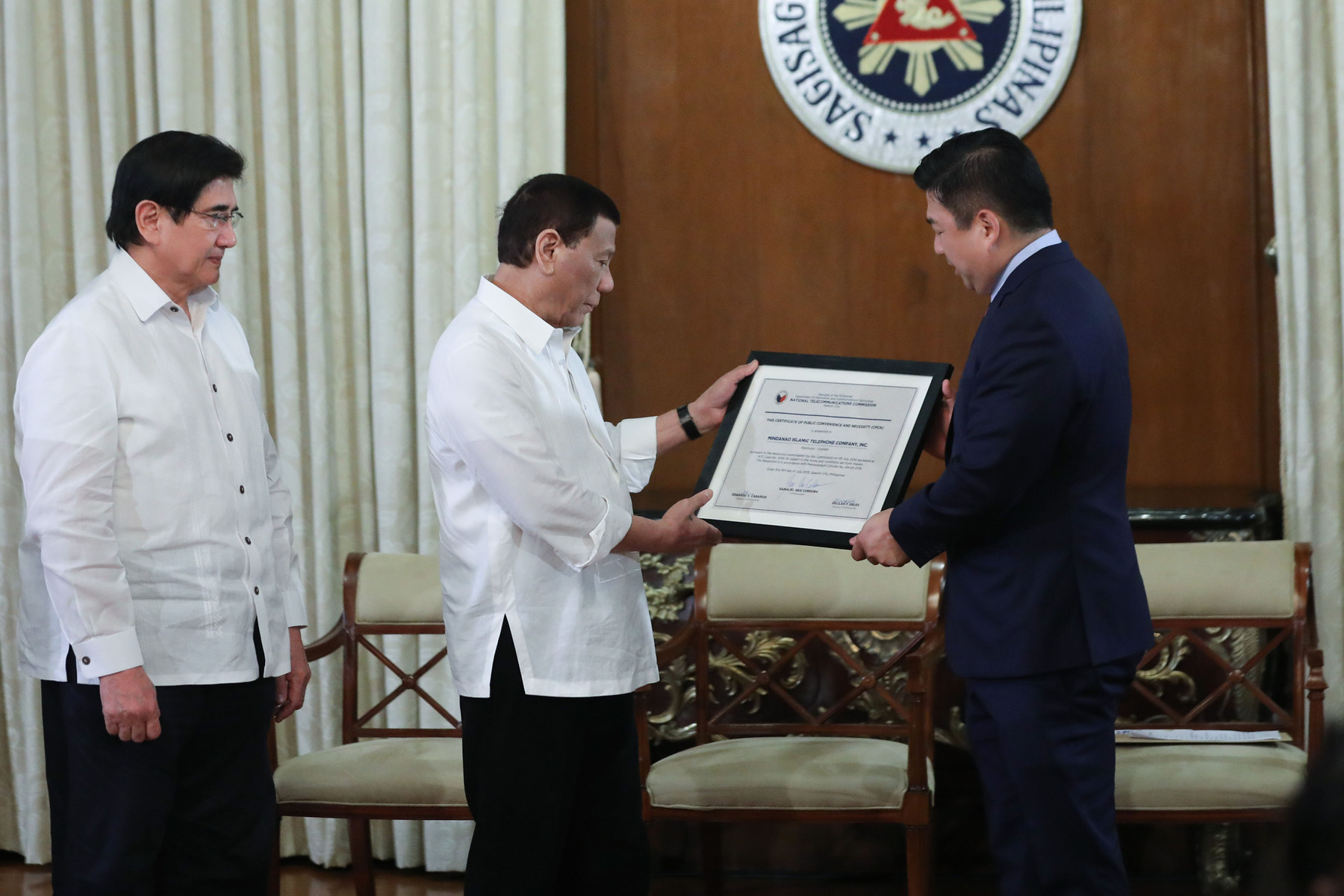 President Rodrigo Duterte issues the Certificate of Public Convenience and Necessity to the Mindanao Islamic Telephone Company Inc. (Mislatel), through its chairman, Dennis Uy, during a ceremony at Malacañan Palace on July 8, 2019. Also in the photo is Information and Communications Technology Secretary Gregorio Honasan II. (Alfred Frias/Presidential Photo)

NOW Telecom has no communication, much less a commercial deal with Mislatel, but is open to a partnership with the third telco player or others in the industry.

In a disclosure to the stock exchange, NOW Telecom confirmed a news report on its openness to a deal with Mislatel, which will operate under the name “Dito Telecommunity.”

“NOW Telecom’s willingness and support to an industry-wide collaboration to improve the existing telecommunications services is its reply to DITO Telecommunity’s call for support with stakeholders and industry players,” it said.

“Such cooperation and collaboration forms part of the telecommunications business among carriers, where network services are offered to other telecommunications companies through interconnection and service provision that would ultimately deliver better and faster telecom services to Filipinos,” it added.

NOW Telecom, which had dropped out of the bidding for the rights to become the third telco player, however said “there are no concrete talks on commercial arrangements, equity investment, or consortium membership” with Dito Telecommunity.

Dito got its permit to operate last week, and will compete head on with the existing duopoly of Globe Telecom and Smart.

Mislatel is a joint venture between Dennis Uy’s Udenna Corp. and Chelsea Logistics, which hold a combined 60 percent stake, and state-owned China Telecom, which holds the remaining 40 percent.

Based on its franchise, Mislatel plans to improve internet speed to 55 Mbps from 4.5 Mbps.

The consortium is eyeing to cover 84.01 percent of the Philippine population in five years, and spend P257 billion on its infrastructure and services rollout. (Jojo Mangahis)