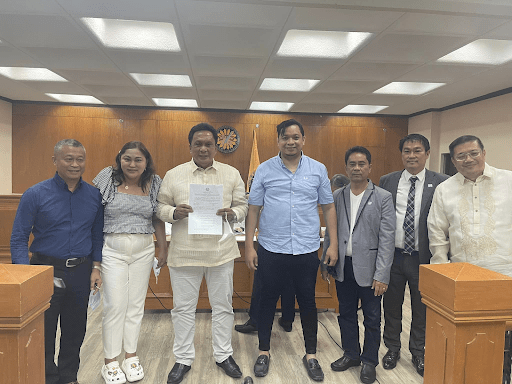 DUMAGUETE CITY- The Capitol of the province of Negros Oriental awaits the return of Governo Roel Degamo after he was proclaimed as the victor in the May 9 polls, Monday, Oct. 3, 2022.

A special board of canvassers, composed of ranking officials of the Commission on Election (Comelec) in Intramuros, Manila, conducted a recount after the en banc released last week a writ of execution against nuisance candidate Grego “Ruel” Degamo.

The votes gained by the nuisance candidate were counted in favor of Degamo who got 331,726 votes against Gov. Pryde Henry Teves with 301,319.

The Comelec annulled the earlier proclamation of Teves.

Degamo was accompanied by his wife Pamplona Mayor Janice Degamo, their two sons, and some mayors from the province who are allied with him. As of posting, sources from the camp of Degamo said he is still in Manila and is expected to be sworn to office in the next few days.

On Monday’s flag raising ceremony with capitol employees here, Teves said his administration will continue to work until he is not able to do so.

Lawyer Ronel Deplaubos, Provincial Legal Office told reporters that they have filed a temporary restraining order before the Supreme Court (SC) to stop the ruling of the Comelec.

Teves, over the weekend, has assured that he would step down from the capitol once the Department of Interior and Local Government and the SC orders him to do so.

Teves reported for work since Monday despite the developments. – Ryan Christopher J. Sorote