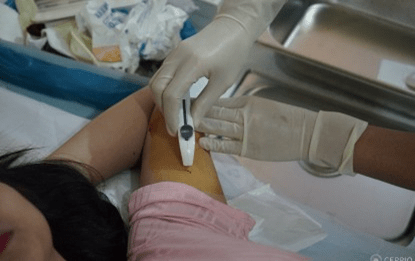 The Naga City Planning and Nutrition Office (CPNO) has started implementing the latest family planning method which it touts as “non-abortive” and considered as a more acceptable way of spacing births.

Teresita A. del Castillo, CPNO head revealed that the Subdermal Progestin Implant (SPI), conveniently supplies low and stable dosage of synthetic progestin for many months up to a maximum of three years.

She said contraceptive is inserted under the client’s upper arm skin.

It is the size of a matchstick which incorporates the hormone progestin, a form of progesterone, a female hormone that affects the menstrual cycle and pregnancy.

“It releases the hormone progestin to stop her from getting pregnant. The hormones in the birth control implant prevent pregnancy in two ways: Progestin thickens the mucus on cervix, which stops sperm from swimming through to a woman’s egg, and the egg in the ovary from ovulating,” she said.

Meanwhile, del Castillo stressed that the Department of Health (DOH) has already cleared the SPI method as non-abortive by releasing the Food and Drug Administration Advisory 2017-302.

The only thing the users have to deal with are its temporary side effects such as headache, acne or pimples, weight gain, and breast pain, minor bleeding, vaginal itching, and menstrual cramps.

In a related interview, CPNO population program officer IV Joy Macaraig stressed that the DOH actively endorses the use of implants so that mothers can manage their pregnancies.(Jojo Mangahis)