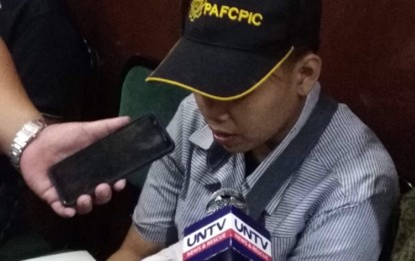 A female minor, now a mother, gave herself up to authorities after renouncing her link with the New People’s Army (NPA).

The 17-year old former member of the rebel group since 2016 admitted to having participated in the planning of who to murder and where the group will strike next.

However after she gave birth, she felt neglected which led to her decision to surrender and end her affiliation with the NPA-Bulacan/Narciso Antaso Aramil Command.

“Nung nagkaanak po ako pakiwari ko ay tinalikuran na ako ng samahan kaya po sumuko na lang ako para sa anak ko (When I gave birth, I felt abandoned by the organization that is why I decided to surrender for the sake of my child),” bared the teen rebel who is known for her aliases ‘Supremo/LJ/Lovely’.

Bulacan police provincial director, Police Col. Chito Bersaluna said, “She voluntarily surrendered to police authorities on September 12, 2019, as she was forced to leave the group because she is having a hard time on her current post-partum condition.”

She was introduced at a media briefing of the Regional Task Force to End Local Communist Armed Conflict (RTF-ELCAC) Region 3 (Central Luzon).

Upon her surrender together with her baby boy, she was taken cared of by the Office of the Municipal Social Welfare Development (MSWD)-Pandi, Bulacan. (Jojo Mangahis)