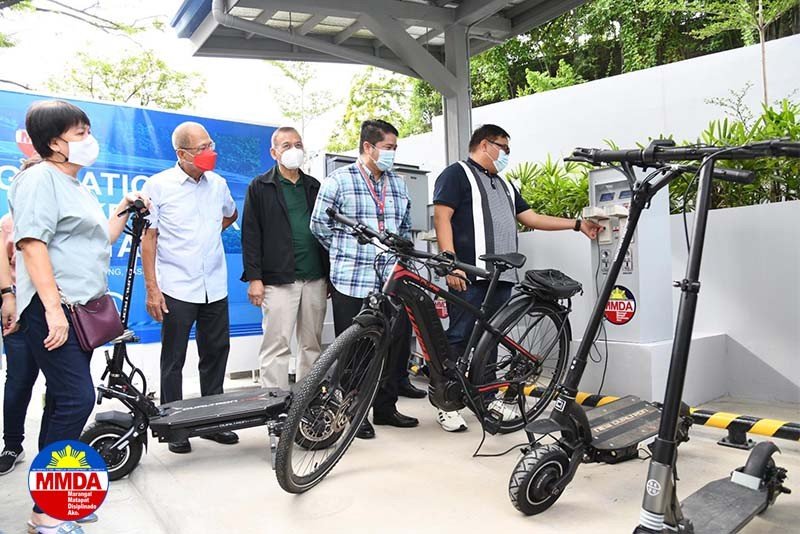 The Metropolitan Manila Development Authority (MMDA) is set to open a free charging station for electronic bikes and scooters in Pasig City.

In a press release, the MMDA said the charging station in its office building in Brgy. Ugong, Pasig City would open on Monday, June 27.

The solar-powered charging station aims to “encourage use of alternative modes of transportation and promote green and renewable energy,” the MMDA said.

“Putting up free charging stations for electronic vehicles such as e-bikes and e-scooters would encourage the public to use alternative mode of transportation and at the same time help them save expenses from high fuel costs,” Artes was quoted as saying in the MMDA release.

The MMDA said the charging station has three solar panels with built-in inverters as its main power source. It has six 220V charging outlets.

Those who wish to charge their e-vehicles must bring their own charging cords and cables, the MMDA added.

The MMDA is also looking to build similar charging stations at the MMDA headquarters in Orense, Makati to accommodate those who are traversing EDSA. John Ezekiel J. Hirro