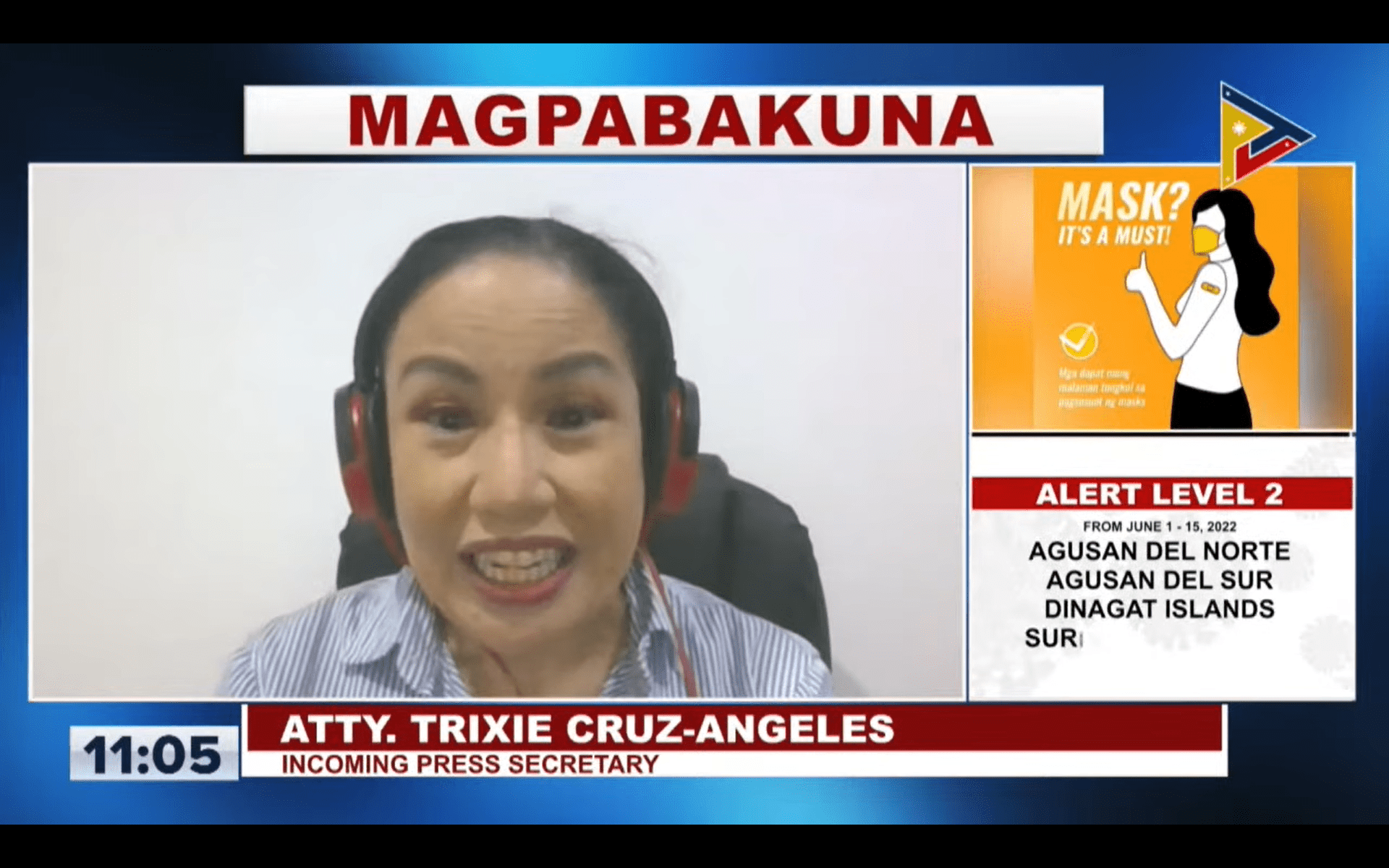 In a “Laging Handa” briefing, Cruz-Angeles said the move would be among the priorities of the Presidential Communications Operations Office (PCOO).

“We are […] pushing for the accreditation of vloggers to be invited to some of the briefings especially those conducted by the president-elect,” Cruz-Angeles said.

Outgoing Palace communications chief Martin Andanar made a similar move in 2017 when he allowed some social media practitioners to gain provisional accreditation to certain events.

Cruz-Angeles also said her office would look into “issues of disinformation.”

“There are no final plans yet for any particular projects, just that these issues are things that we are looking at to consider when prioritizing projects for the PCOO,” she said.

The next administration is looking to hold twice-a-week briefings in Malacañang.

As to whether Marcos Jr. would allow all journalists and media groups to physically cover presidential events, Cruz-Angeles said her office would first “review of all existing policies regarding the coverage in Malacañang.”

Marcos Jr., during his campaign for the 2022 elections, evaded most media interviews and debates.

Media conferences in Malacañang have been limited to virtual briefings since the Covid-19 pandemic. John Ezekiel J. Hirro