Marcos documentary ‘The Kingmaker’ now free to watch on YouTube 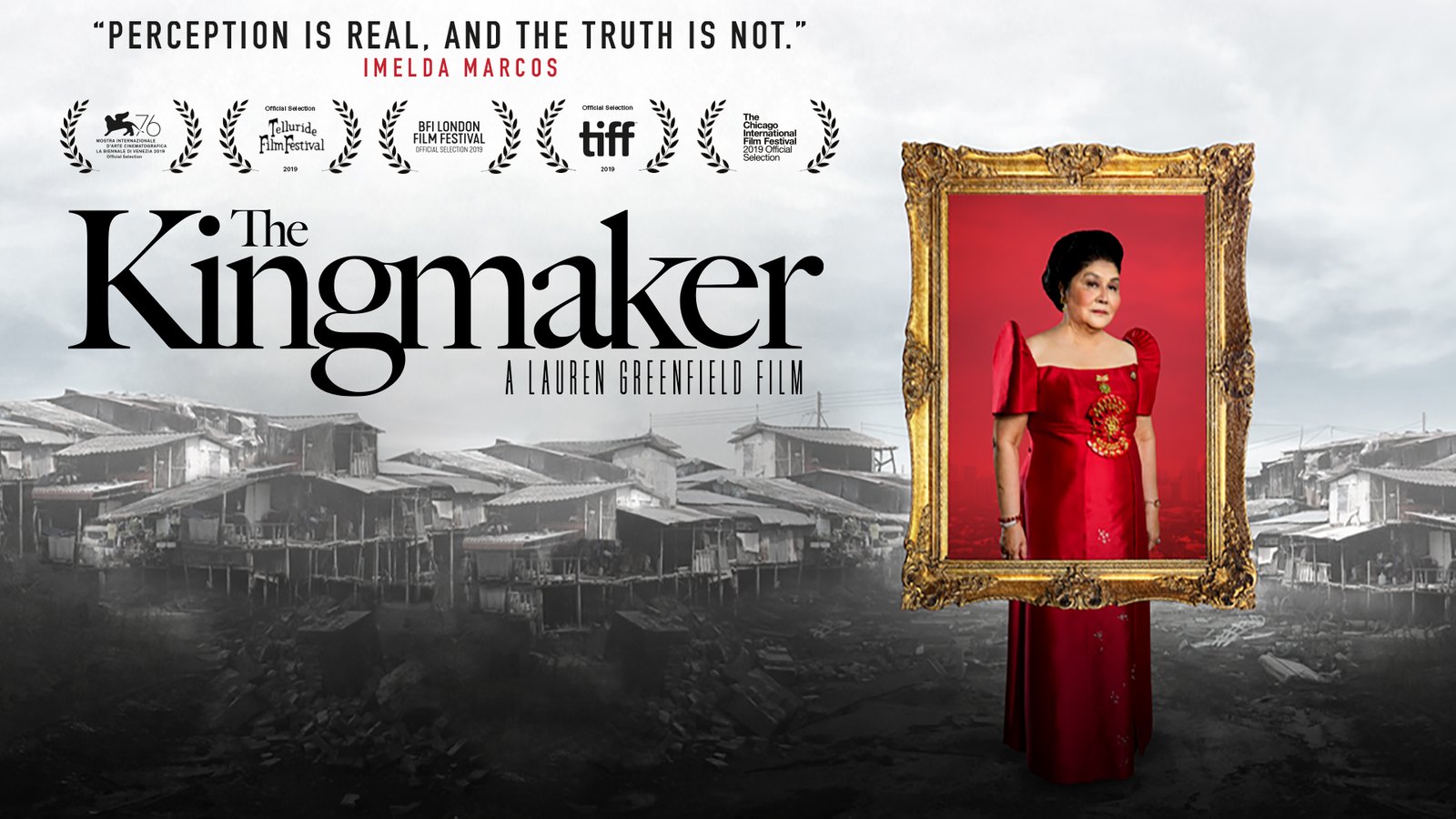 A critically acclaimed documentary about the Marcos dictatorship is now available for viewing on YouTube.

Director Lauren Greenfield announced via her Twitter account that her 2019 critically acclaimed documentary “The Kingmaker”, which recalls the Marcos dictatorship from perspective of former first lady Imelda Marcos, is now available for free on the online streaming site.
Greenfield said this was made possible through a partnership with ABS-CBN

Thanks to our partners at @ABSCBN, who have granted us co-streaming rights for the Philippines, we are happy to finally announce that THE KINGMAKER can now be viewed by all on YouTube at https://t.co/2k4KXTqXRl#thekingmaker pic.twitter.com/ozRnCXYtpl

Last March 11, Greenfield announced that her almost two-hour documentary can be viewed even without signing up or logging in to a Vimeo account. Similarly with the YouTube streaming, this was made possible through an arrangement with its distributors ABS-CBN and iWantTFC.

Finally! We have worked out an arrangement with our partners @ABSCBN and @iwanttfc, and are now able to share THE KINGMAKER with *all* of our friends in the Philippines – https://t.co/WNVUwZJSyc

Anyone can now watch it, so pls share this link #thekingmaker

The film is described as “centered on the indomitable character of Imelda Marcos, The Kingmaker examines, with intimate access, the Marcos family’s improbable return to power in the Philippines. The film explores the disturbing legacy of the Marcos regime and chronicles Imelda’s present-day push to help her son, Bongbong, win the vice presidency. To this end, Imelda confidently rewrites her family’s history of corruption, replacing it with a narrative of a matriarch’s extravagant love for her country. In an age when fake news manipulates elections, Imelda’s comeback story serves as a cautionary tale.”

Marcos, Jr. was interviewed for the documentary when he was running for vice president in the 2016 national elections. One of the clips feature him saying: “Campaigns are fun, except for the candidate. Dealing with the public is a chore.”

The movie can be viewed in its entirety below: