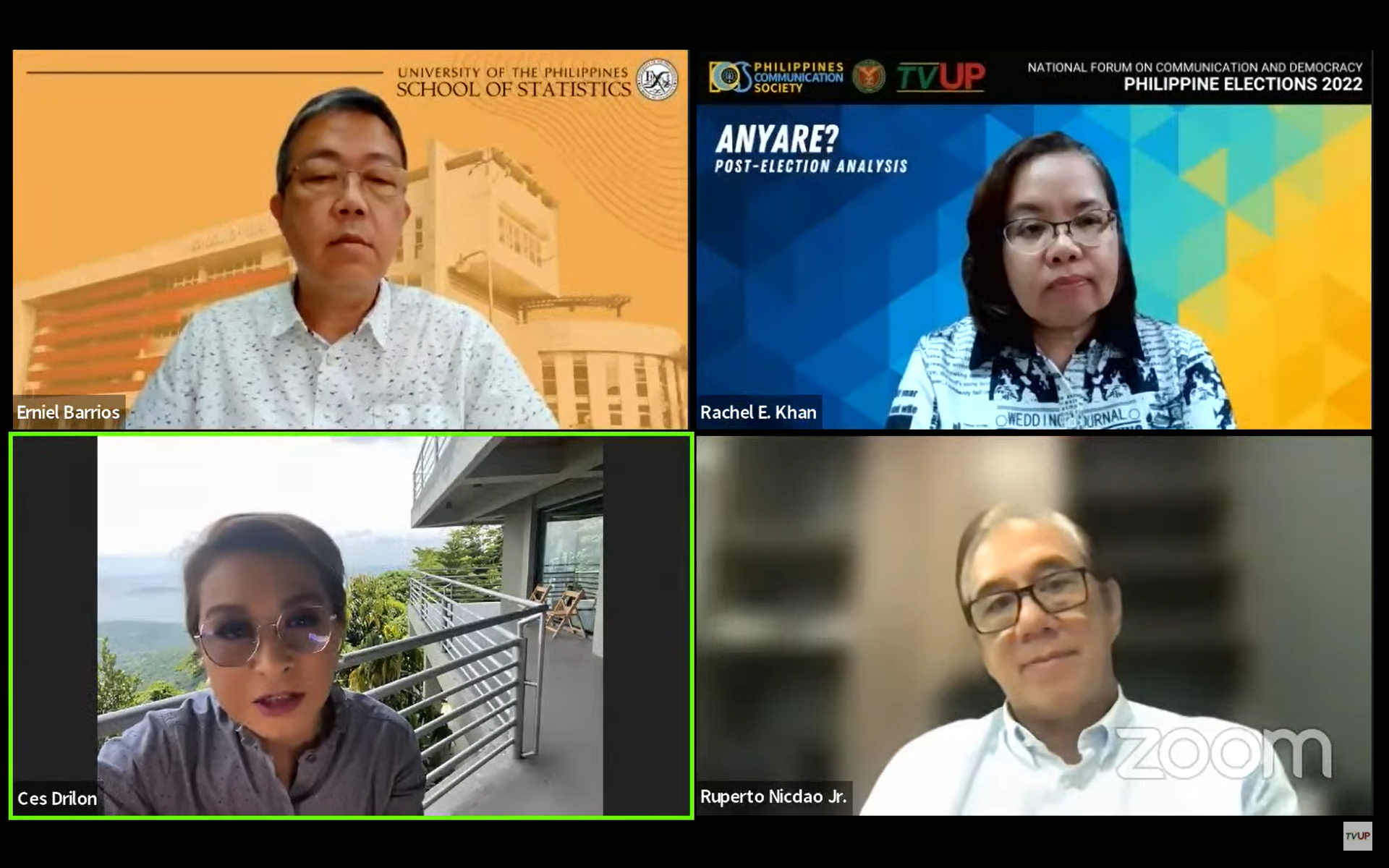 The campaign of former senator Ferdinand “Bongbong” Marcos Jr. for the presidency was helped by an “effective use of disinformation,” the coordinator of the fact-checking collective Tsek.Ph said.

“It was a very effective public relations campaign which was boosted also by the effective use of disinformation,” Rachel Khan, associate dean at the University of the Philippines, said during the “ANYARE? Post-Election Analysis” webinar of the Philippines Communication Society (PCS).

Khan said the spread of disinformation and fake news could be attributed to social media algorithms.

She added that disinformation had become rampant on social media because of the “demonization” of traditional media.

“There’s been a constant attack on mainstream media that has also produced a chilling effect on journalists,” she said.

Khan said that some media organizations, in response to these attacks, had begun subjecting themselves to “self-censorship” because “they are afraid of what can happen to them.”

“There are media owners who I think are most affected by the chilling effect because the last thing they want is an ‘ABS-CBN’ happening to them,” she added.

“I think the activism should continue to make sure that this new government that comes in will do its job properly. In other words, magbabantay tayo ngayon,” KBP chairman Ruperto Nicdao Jr.

Social activism should also be used to “correct facts,” Nicdao said as he noted that “there is a lot of work that needs to be done.”

Marcos Jr., the son of the late Philippine dictator, is poised to win the Philippine presidency 36 years after his father was ousted.

Despite netizens taking notice of a consistent trend in the partial and unofficial results of the 2022 elections they called the “68:32 magic,” University of the Philippines (UP) statistics professor Erniel Barrios said the numbers were “statistically sound.”

“[The results were not] irregular. Statistically, there is nothing unusual with the proportion. That is what [the central limit theorem] is telling,” he said.

“ANYARE? Post-Election Analysis” was the 10th forum in the PCS’ webinar series on the 2022 national elections. John Ezekiel J. Hirro