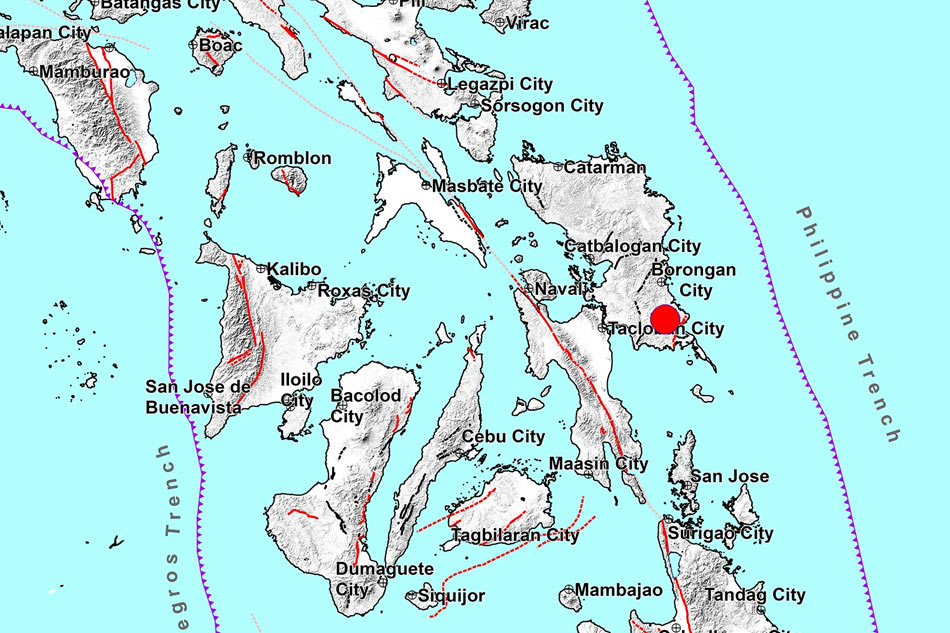 Eastern Samar and other nearby places were rocked by a magnitude 4.6 quake Thursday morning, the Philippine Institute of Volcanology and Seismology (Phivolcs) said.

The quake, which was tectonic in origin, hit 18 kilometers southwest of Hernani town at around 10 a.m. at a depth of 28 km, Phivolcs said.

A “moderately strong” Intensity IV hit the towns of Hernani and Llorente.

Intensity II was experienced in Julita, Tanauan, Barugo, Palo, Pastrana, Alangalang and Abuyog in Leyte; and Salcedo and Sulat in Eastern Samar.

Phivolcs said no aftershocks are expected.