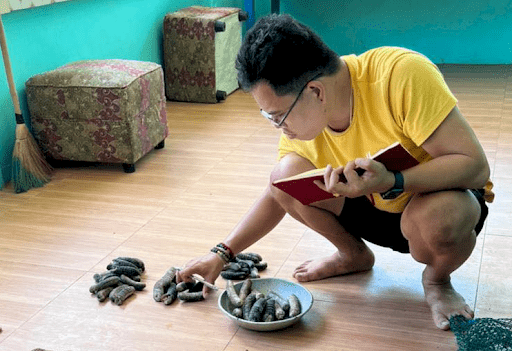 Bolinao, Pangasinan—Sea cucumbers are typical marine critters found throughout the Philippine seas and exported abroad, but studies show it might help in fighting the Coronavirus disease (Covid-19) pandemic and even cancer.

Thirty two-year-old Richel Ibale resigned from a government post to be a shell craft exporter in 2020 but was forced a year later to become a sea cucumber trader in Ubay, Bohol in Central Visayas, to survive the pandemic.

Riche exports his produce to his Chinese buyer for $100 to $200 per kilo depending on the size, weight, variety, and processing it went through.

“It’s a lucrative business,” he said in Bisaya, bringing in P50,000 to P100,000 a month, with demands continuing to grow internationally. But traders like Riche would continue to make a profit from this sea creature not knowing some of its potentials, especially in the fight against Covid-19. 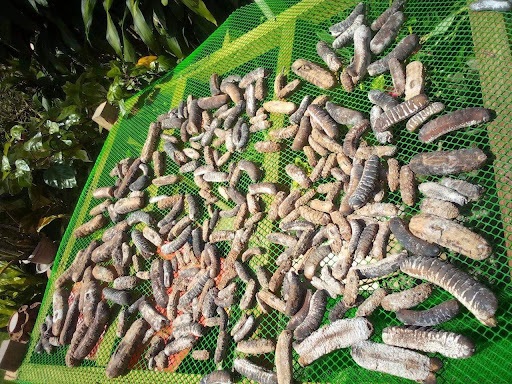 A variety of sea cucumber locally known as bat, harvested from the wild in Ubay, Boho, in Central Visayas | CONTRIBUTED

Known as the “gensing of the sea,” the Marine Stewardship Council describes sea cucumbers as an ancient Chinese delicacy with “medical and health benefits.”

When the pandemic struck, colloquial oriental medicine believers took to sea cucumbers as a “home remedy to prevent” Covid-19 infection, says SeaFoodsource. Yet, not all sea cucumber species have similar bio components and uses.

In the Philippines, for instance, there are some 170 species of sea cucumbers but only 41 are commercially sold, according to research from the University of the Philippines Marine Science Institute (UP-MSI). Of those often sold, only a handful have been thoroughly studied for its environmental contribution and commercial applications. 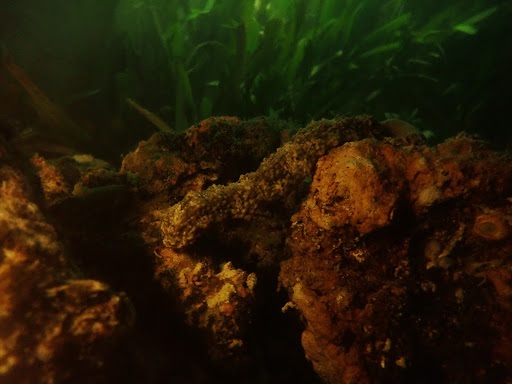 Stichopus horrens or locally known as hanginan sea cucumber, one of the those studied by UP-MSI. | CONTRIBUTED

One interesting and highly valued variety is the Stichopus horrens or locally known as hanginan. It is now investigated by scientists for its unique water-soluble type saponins and possible commercial and medicinal benefits, says Vicenzo Paolo Torreno, a chemical scientist at UP-Diliman.

Described by Torreno as the “maarte” type of sea cucumber, hanginan’s “unique response to stress” when it melts when drawn out of the water captivated scientists on how it can be applied to other uses.

Though saponins are traditionally sourced from plants, those from hanginan are more “promising” for possible future development, says Torreno.

A study published by the US National Library of Medicine in 2021 suggests that saponins from sea cucumbers can be used in medications to treat various ailments from the most common and even two of the most dreaded—cancer and Covid-19.

In the same year, Reuters reported that saponins from a Chelan tree have been used to produce low-cost vaccines sent to low- and middle-income countries. Though noble, it depleted supply for mature Quillay trees, where these saponins are harvested, pushing experts to look for alternatives like those from hanginan.

The report emphasized that Quillay saponins are also used in animal feed, pesticides, and agents to reduce pollution in mining, leading to a constant high demand for the bio compound. 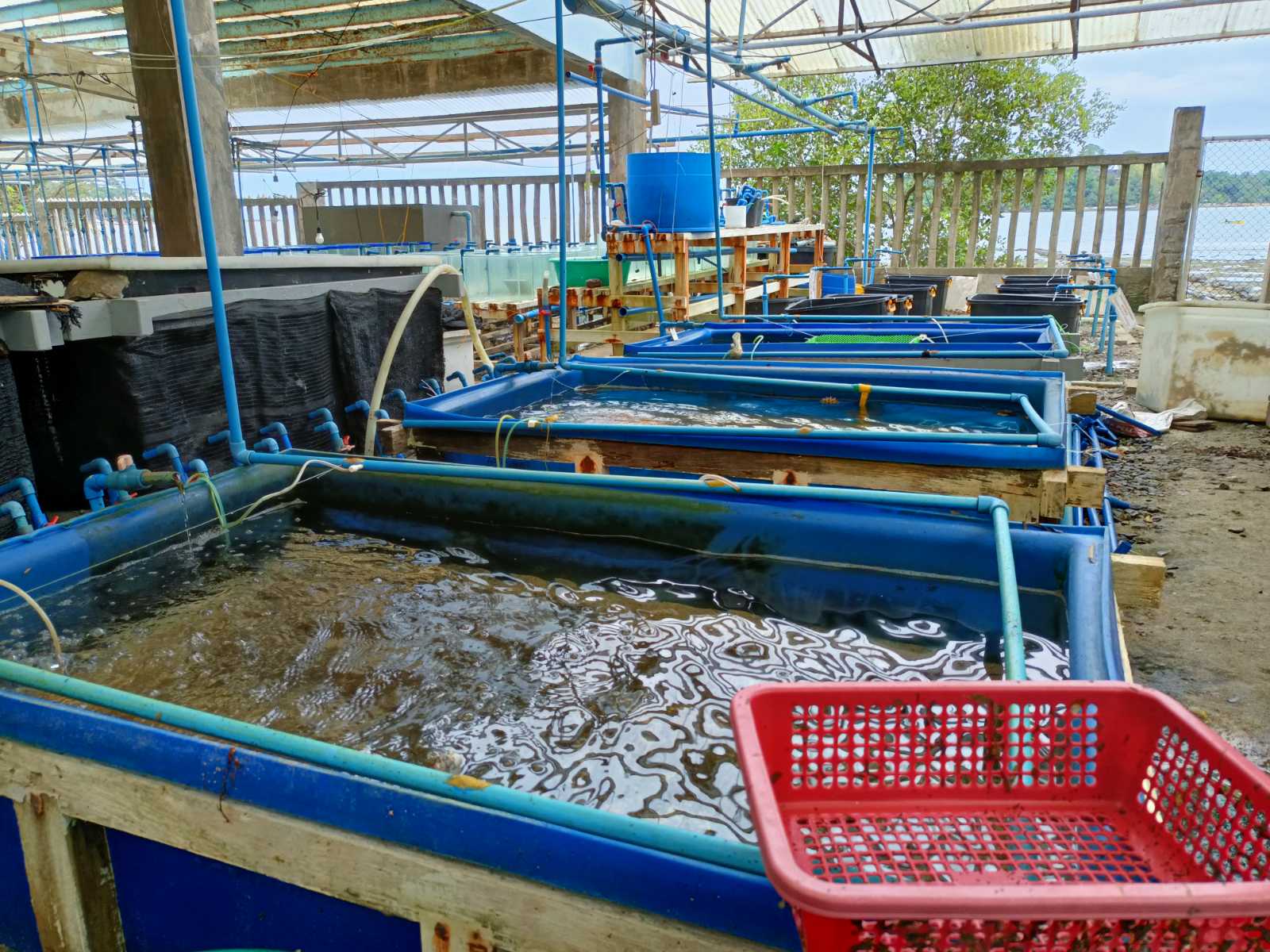 A portion of the University of the Philippines Marine Science Institute (UP-MSI) nursery at Bolinao, Pangasinan | CONTRIBUTED

To anticipate an increase in demand for saponins, UP-MSI scientist Glaiza Ibañez led a research to try establishing a low-cost but sustainable marine agriculture (mariculture) structure they will eventually make as a manual. They aim to standardize hanginan culturing to increase production for more scientific studies, wild repopulation, alternative livelihood for fisherfolks, and other purposes.

“It’s very costly to culture sea cucumbers, particularly the hanginan,” Ibañez said. “The faster the sea cucumber grows, the less we spend on them.” 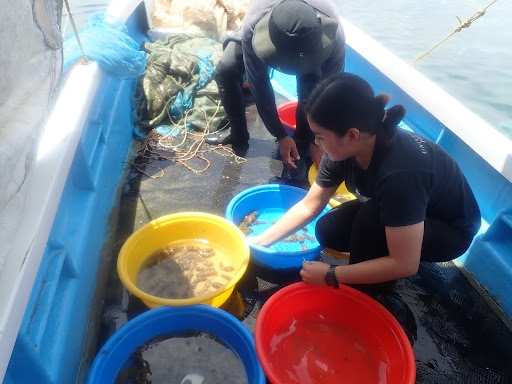 A team of UP-MSI scientists with juvenile or young hanginan sea cucumbers. | CONTRIBUTED

Ibañez and their team have gone out of the box in efforts to cheaply increase production by feeding young hanginan with a juice diet made from the common seaweed Sargassum polycystum.

Deo Florence Onda, deputy director for research at UP-MSI described the Sargassum seaweed as a common eyesore found at any seashore. But if used properly, he said, it could be a sustainable component with possible wide applications.

Though the seaweed-based juice is an efficient and low-cost alternative, further studies are needed to ascertain the best dose of seaweed juice supplement for the optimal growth of juvenile or young hanginan from its first three weeks of life. Researchers have found that such diets “boost growth and survival” of the specific species which they hope to systematically and efficiently replicate.

There are only a handful of sea cucumber facilities and nurseries in the country according to data from a 2022 study by the Australian Center for International Agricultural Research.

However, only UP-MSI is exploring hanginan’s possible untapped potential which may take years. “It’s going to be a slow journey,” Ibañez said but it would be a worthwhile contribution to the entire scientific and fishing community if they will have significant developments on effectively cultivating hanginan in the future. – Ryan Christopher J. Sorote

This story was written as a final output of the Blue Beat Initiative, a short course on marine science communication by the University of the Philippines Marine Science Institute (UP-MSI) and the Association of Young Environmental Journalists (AYEJ), under the National Security Council-funded project, “Upgrading Capacity, Infrastructure, and Assets for Marine Scientific Research in the Philippines.”