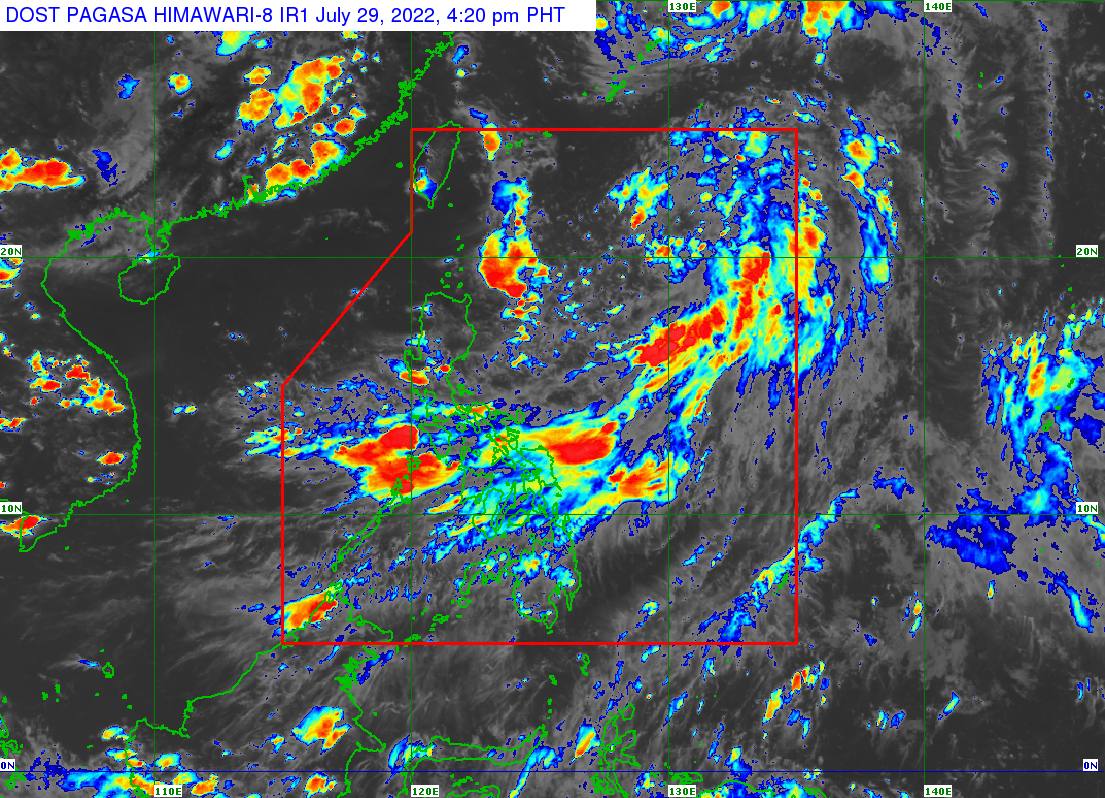 The center of Ester was last spotted 840 kilometers east of extreme Northern Luzon at 4 p.m. Friday. It has maximum sustained winds of 45 kilometers per hour near the center with gustiness of up to 55 km/h while moving west northwestward at 15 km/h.

“In the next 24 hours, the combined effects of the Southwest Monsoon and Tropical Depression Ester will bring light to moderate with at times heavy rains over Southern Luzon and the western and eastern portions of Visayas,” PAGASA said.

Metro Manila as well as the rest of the country will undergo partly cloudy to cloudy skies with isolated rain showers or thunderstorms due to the Southwest Monsoon and localized thunderstorms.