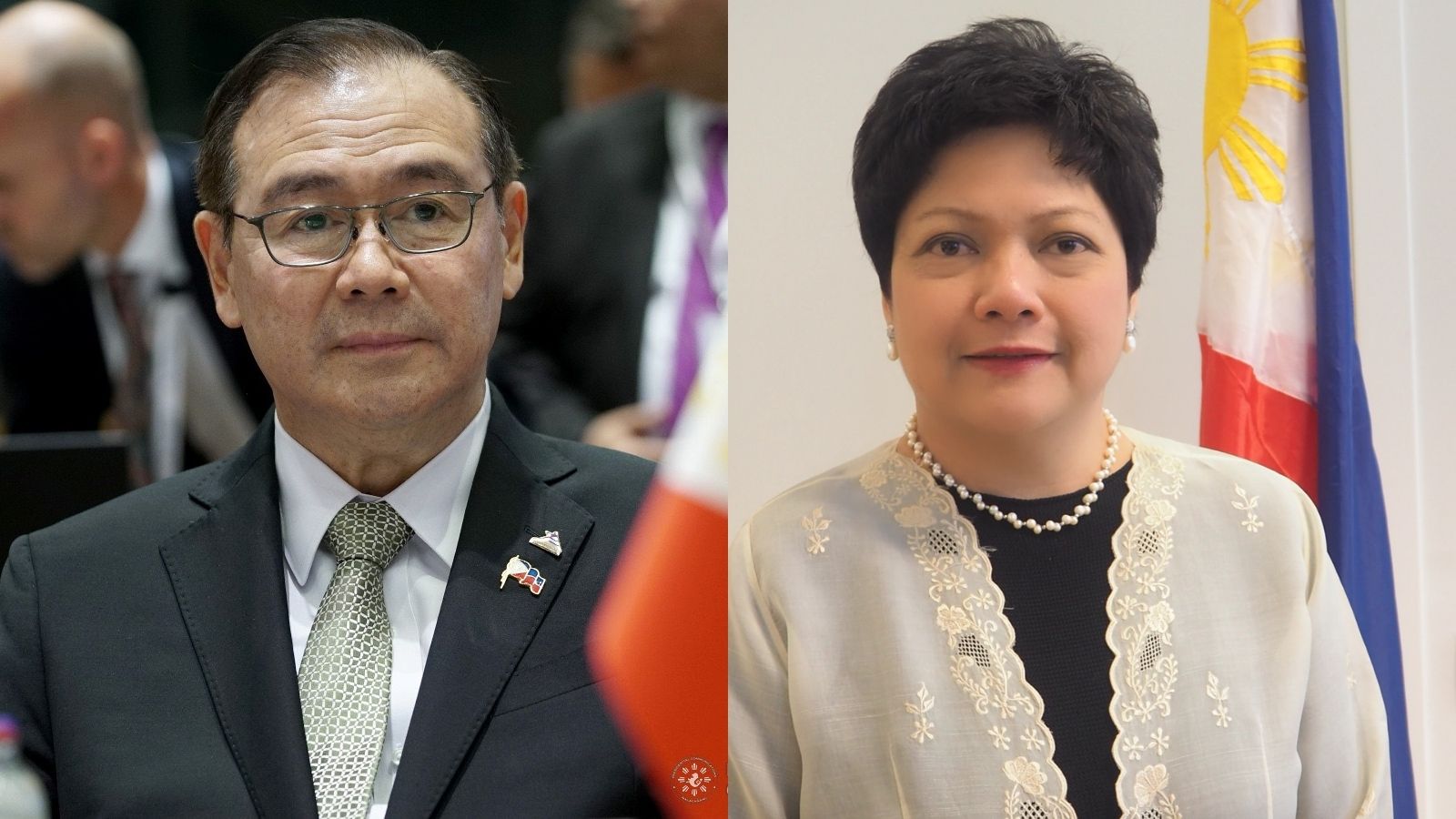 A CCTV footage aired by Brazilian news outfit Globonews showed Mauro hitting a household helper on numerous occasions. The videos were taken from March 12 to Sept. 15 this year.

Locsin said the Department of Foreign Affairs (DFA) would deal with the matter severely and “to the fullest extent of law” as it involved a high official.

“Under my leadership, the DFA will not tolerate in any way whatsoever actions by any of its ranking officers or staff that go against our primary mandate, which is the promotion and protection of the welfare of all overseas Filipinos,” Locsin said on Twitter. 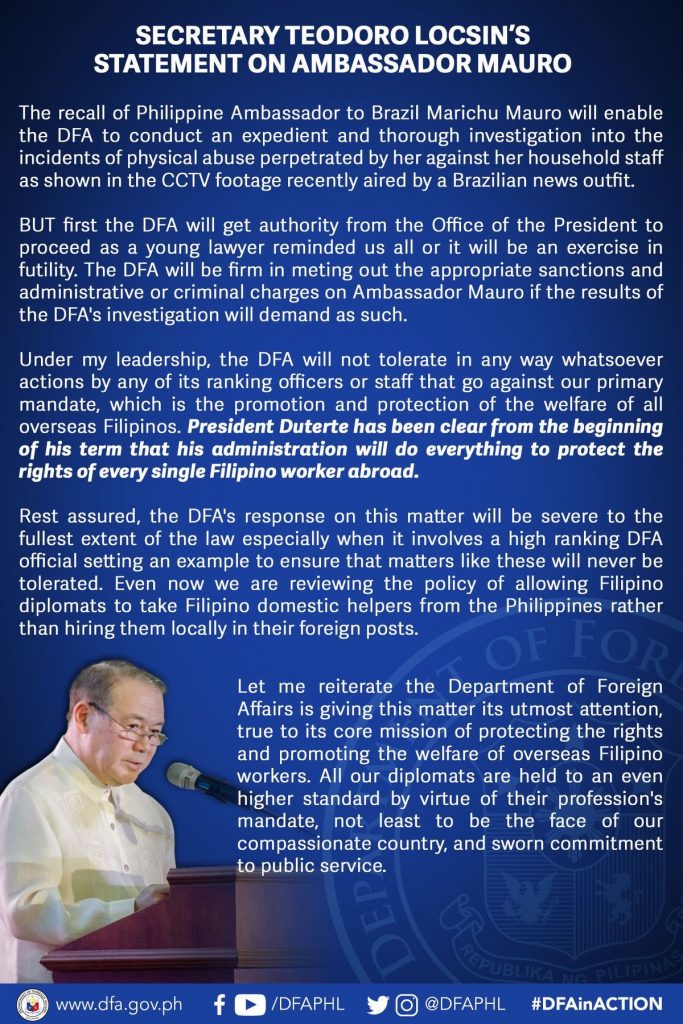 “The alleged abuse and maltreatment that a Filipino domestic worker suffered from the hands of the country’s ambassador to Brazil is deplorable and conduct unbecoming of a diplomatic official who should be watching out for the welfare of their countrymen in a foreign land instead of inflicting harm,” Senate labor committee chairman Sen. Joel Villanueva said in a statement.

Senate Majority Leader Juan Miguel Zubiri said: “How can we demand foreign employers of our OFWs, especially domestic helpers, to respect their rights and not maltreat them, when the very people who are supposed to protect and defend them abroad are the ones abusing them? This is such a terrible incident and a black eye on our image abroad.”

Watch ABS-CBN News’ copy of the video below, courtesy of Globonews: