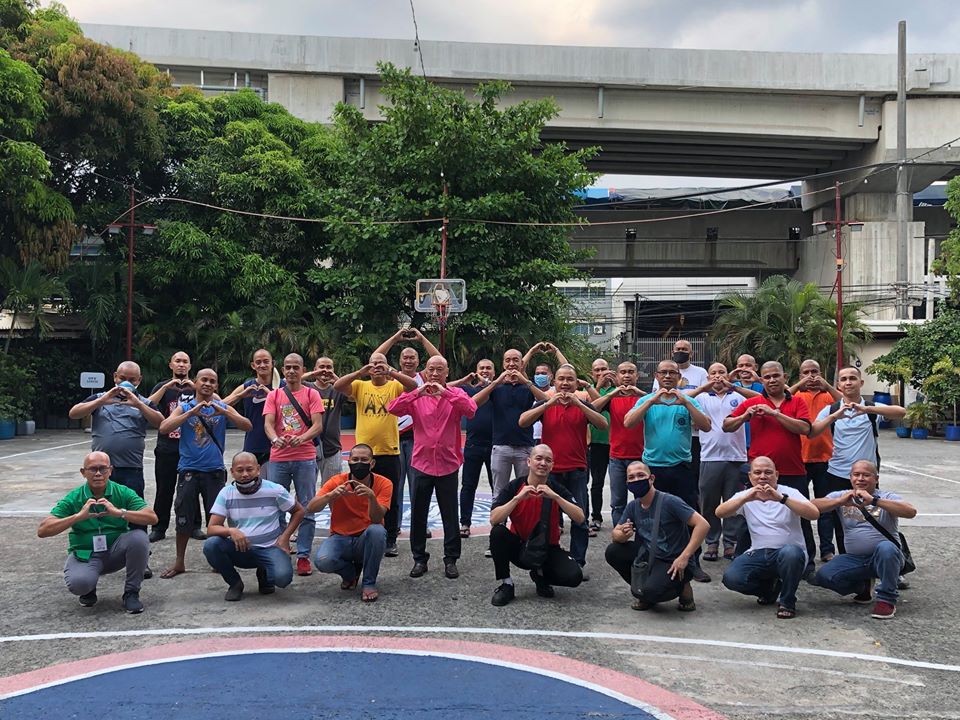 While some people found creative or even fun ways to show their appreciation for our front liners battling the coronavirus disease 2019 (COVID-19) in the country, some employees and officers of a local chemical company in Quezon City decided to do a more radical approach to show not only their support for our front liners, but to also let off some steam in what they perceive as “incompetence” of government officials in handling the pandemic.

They all decided to go bald.

Arsenio Isidro Yap, president of Alysons’ Chemical Enterprises, admitted that a series of events related to the spread of the fatal disease in the country led him to lead the head-shaving activity of his company.

He said the slow response of the government to immediately act on the crisis, the “incompetence/ineptness of certain government officials like DOH Sec Duque, carelessness, recklessness, selfishness of Sen. Koko [Pimentel], and other people who failed to divulge their travel history thus unnecessarily exposing front liners to the virus” were some of the factors that made him think of staging a public protest of sorts.

But he admitted that what broke the camel’s back was when a nurse was doused with bleach by hecklers while he was on his way home from his shift.

“I felt pity for the front liner. He should not have been treated like that. It’s as if our front liners are carriers of a highly contagious disease and they do not deserve to be with us,” Yap said.

I was when the doctors started dying that he thought of giving more than just “passive support” for the front liners.

“I thought maybe something more concrete and visible is needed to show support for our doctors and nurses. Then I thought of a form of sacrifice. Shaving your head is not an easy decision to make. People will make fun of you, would poke fun of you, would ridicule you and probably even humiliate you. But I believe it’s a good sacrifice to make just to make our doctors and nurses feel that there are people who are not only supportive but are also concerned with their health and well-being,” he said.

He opened up the idea to his employees and not long after he had department heads, chemists, finance officers and other employees of his company joining in.

Yap, who is also a former Luzon State Deputy of the Knights of Columbus, said the head shaving effort is purely voluntary for his company’s employees and he did it more as a member of a Catholic fraternity rather than as a company president.

He added that his idea was well received by his employees and even those who were not able to come to work because of the quarantine had their heads shaved at home so they could show their solidarity.

“You cannot just ignore the front liners’ efforts to help, to sacrifice their safety for the sake of COVID-19 victims. The volunteer nurses’ willingness to accept the paltry P500 pay is really admirable. Even if it was an insult to their profession and dignity, they still volunteered. And when people are distancing from them like they are lepers, for me that is too much. I know a lot are supportive of their efforts, so I must do mine, not to get noticed but to simply tell them that we support them, appreciate their efforts and love them for their dedication in their chosen profession – doctors, nurses and other front liners especially in the medical field.”

He admitted at first that some were skeptical with his challenge but when they saw their own boss going bald, that was when many in the company and even his brothers in the Knights of Columbus who saw his pictures in Facebook suddenly “had a change of heart”.

Though all of those who shaved their heads were men, he hopes that the women in his company would also consider taking up the challenge considering that shaving one’s crowning glory is not an easy decision to make.  He added that there are women in his parish who would want to join the challenge.

“The very least that this might have achieved is the awareness among us of the need to support and appreciate our front liners not to mention to respect them as well. With this awareness, I believe our brother knights shaven or not will protect our front-liners from hecklers.,” he said.  (Rommel F. Lopez)