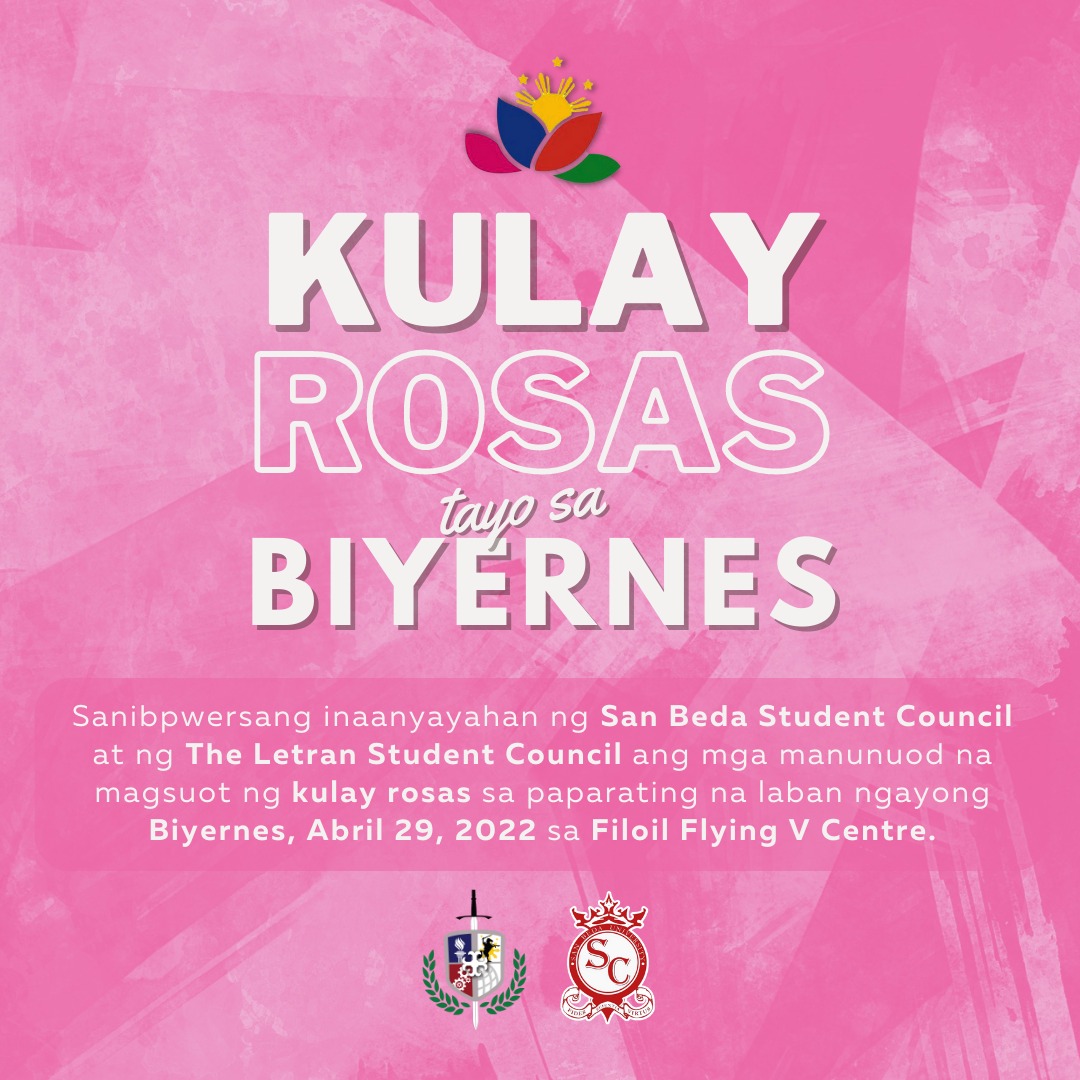 The upcoming basketball match of one of the country’s biggest collegiate rivalries united for one cause.

“Even the greatest rivals in Philippine sports are to make a truce for a cause greater than our disparity,” the San Beda Student Council said.

The Letran Knights and San Beda Red Lions, which is considered as one of the most classical rivalries in Philippine collegiate basketball, are set to clash on Friday at the Filoil Flying V Centre in San Juan City.